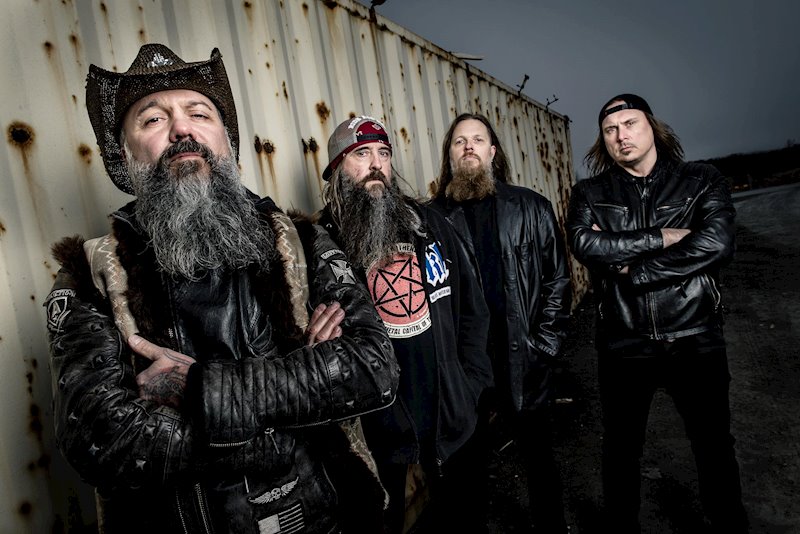 Swedish rock/metal overlords Transport League premieres the music video for the song “Dawn of Lucifer”, taken from their  from the upcoming new release “A Million Volt Scream”, which will be released on the September 6th via Mighty Music Records.

This song is a complex one, filled with groove metal touch mixed with rock. The song begins with the slow intro, and then the fun can begin, groove metal riffs domination, that will make the listener to listen the whole song, without a blink of an eye.

Great melodic balance, and also balance between groove riffs and rock influences, shows the complete complex and amazing structure, that this band made with this song, making it such a great rock/metal masterpiece. There are also psychedelic melodies that made the atmosphere of the song interesting added with a tense to it, also with this the song has it’s evil charms.

Perfect production of the music video, goes along with the story of the song as well, and the vocals are strong and raw, blended perfectly with the song. The vocals gave the song that bad-ass metal spirit, and with this, the song has that raw unique/powerful vibe.  With “Dawn of Lucifer”, metal will be always hellish creation, and most evil of them all.

“Cast out from heaven, wandering the darkness with a strong inner light searching for a personal haven. An enthralling story about an entity who is struggling to find a place with a pace having no knowledge of what this new step into the unknown world will bring”.

Transport League are from Sweden is a prime example of determination and perseverance. As the critics’ faves, they have been praised to the skies, as a down-to-earth band they’ve always remained in tune with the times and close to their fans, while their rhythmic, powerful and stylistically diverse heavy metal has left an impressive mark on the international hard’n’heavy scene.

Spawn in 1994, the Swedish band soon made put a flag in the scene with the debut album “Stallion Showcase” and paved the way for one of the most solid careers in the European metal scene. Two and a half decades and half dozen albums later, the collective is back with a new record, but the same boogie, but not exclusively that. Transport League appear to have opened Pandora’s metal box with intent and are now busy blazing their trail through all those strong ideas that they have unleashed.

Vocalist/Guitarist Tony Jelencovich states this about the upcoming new release:

“Of course there’s boogie again, but also doom and hardcore, fast songs and hard riffs,Our sound may have changed a few times, but not the band’s raw power and our penchant for strong grooves”.

Check out the premiere of the music video for the “Dawn of Lucifer”, here: