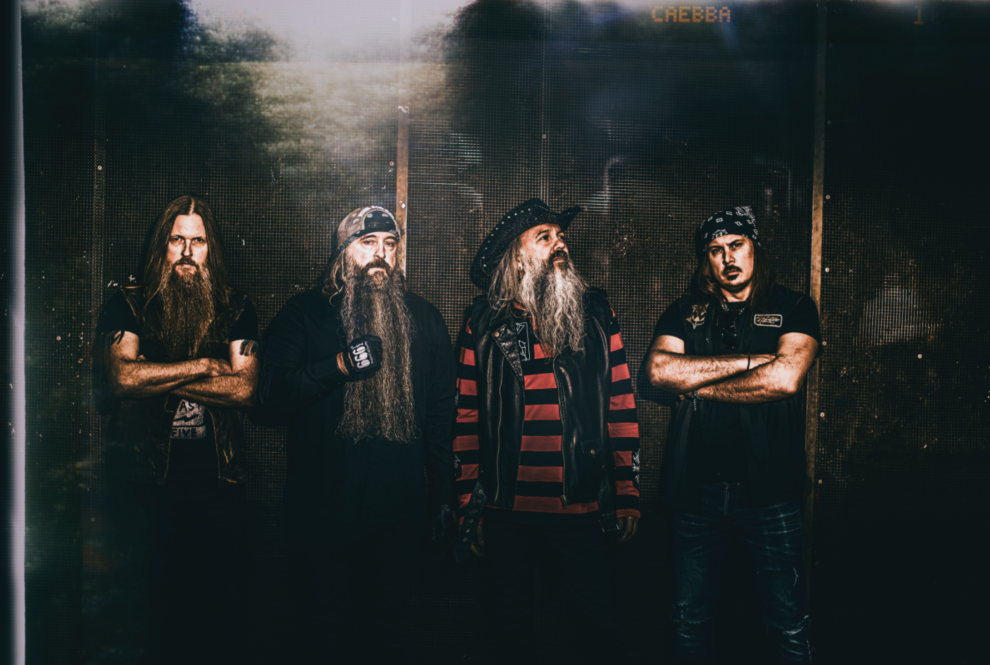 Swedish groove/ industrial metal giants Transport League premieres the new official lyric video for the ”Me The Cursed“, taken from the new official upcoming record “Kaiserschnitt”, which will be released on August 27th, via Mighty Music Records.

This is another great, catchy and smooth song by the band. It has quite the hard/deep background story – that is very well adapted to slow tempo rhythm of the song at the beginning  and after that to the crushing and vicious riff slamming – with faster tempo at some parts of the song. The very dark, but slow guitar section gives this depressive, nihilistic vibe to the song, but also creating this kind of atmosphere through out the whole song – pointing out in a perfect way, the sad and dark emotions and philosophy in the song.

Tony’s vocals are surprisingly similar to Zak Wylde vocals from Black Label Society, at his lower range vocal style, which is the amazing thing – because that is the vibe this song needs to have and apparently it does. His vocals brought out the whole spectrum of the story to it’s best  and the  right emotions of the story too. This shows that this is an amazing song, that has good background story, a deep one – followed by some deep and dark music to it.  This song also reminds of some Black Label Society songs, it has that sludge metal moments as well. And of course very well adapted to the whole structure of the song and the lyrics/background story.

The main of the story is quite complex, it talks about daily struggles in life, about the pain, suffering – the ultimate fight against ourselves – everyday in real life. It presents mostly the past experiences good or bad, presented in the philosophical way – that each actions of deed that we do good or bad, is later the reflection of our own inner self experience. This means that every experience is important, since it stays in human mind and soul for the rest of your life. That is the point of the song that you are cursed and damaged, even if the bad things passed. It can also present some deep fantasies, wishes, hopes, dreams and other stuff that we keep deep for ourselves, that we experienced at some point in the life. And the guys did a flawless job presenting the whole spectrum of the song and it’s philosophy in the right way.

Riffs, vocals and drum set are coordinated and balanced with each other smoothly, not a strange thing for guys. And the production that is amazing as usual, helped in portraying the story and the whole spectrum of darkness – just the way it is. Technical part is obviously good, done with some tactical mind set – arrangements are cleverly produced with the Tony’s vocals. All of this presents that this song is one outstanding song – with many good things that it contains.

The highlight of the song is at the very end, were the band heated up the things – with the fast tempo and rhythm of the song – adding the all of the emotions from the song together , wrapping it up as the final touch down in the game called life. Followed by some solos that are in the background, creating this explosive/heated up atmosphere that will leave a strong impression on the listeners. What and end for the song it is, wicked and powerful – greatly done by the band.

The animations will be interested for the viewers, but the listeners as well. They show the story of the song in the few images – that are adapted to the song in the majestic way. Giving the song a true meaning to it.

Embrace your own curse, through the sounds of wicked groove metal guitar. 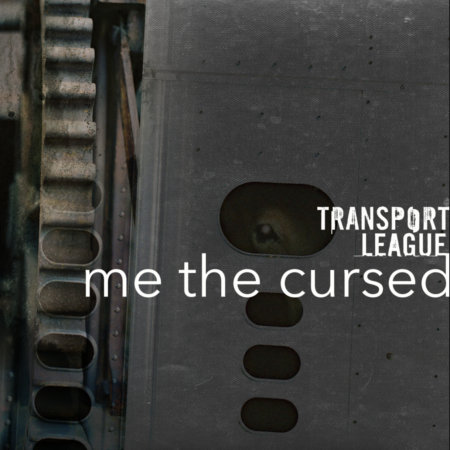 ”Me The Cursed” is a reflection of the daily struggles in life .All the boundaries that you endure, all the choices that you make, stain your mind & soul in a good or a bad way. You might be torn, you might be tattered, but you are still standing and you are always cursed.”

There’s something irreversible about going full-speed on a highway. Every split second counts for the decisions you’re making, every mile running below your feet is left behind and can’t be repeated, not on that trip, not on that moment. Transport League career is, in many ways, a speed-running drive on the highway. The Swedes never looked back since, in 1994, they were formed by ex-B-Thong vocalist Tony Jelencovich. In the following decade, they released four albums, one EP, run through the world in tours, and got their “Swedish groove metal from hell” tag from experience, talent, and from impressive shows, from which the more vibrant were Hultsfred Festival (1997) and Dynamo Festival (1998).

“Boogie From Hell” was also the title of the Transport League comeback album in 2013, after a brief pit stop. The engines were running again and Tony and the boys seemed to be back at full speed, with four more studio albums dispatched until 2000 (with an average speed of a record every second year). Live appearances highlights included Gothenburg Sound Festival (2014), Getaway Rocks Festival (2015), Close-Up Cruise (2018), a European tour supporting a Pale Horse Named Death (2019), and a mythical US Tour which included Milwaukee Metal Fest in 2000, alongside bands such as Entombed and King Diamond. All was running full-speed for TL… Until pandemics broke.

Tony Jelencovich states this about the pandemic:

“The pandemic struck us hard just like it did to the whole music business & live scene.” But, never a band to bow down to adversity, Transport League kept moving forward, even with the road behind them bursting into flames. “At the end of April 2020 we decided to wrap up our songwriting sessions and drag ourselves into the studio”, the vocalist and guitar player states. The result is “Kaiserschnitt”, a collection of songs with the Transport League trademark, but with the new urgency of the times we’re all living so desperately. “The 11 tracks breathe a lot of live-take energy and with some moody breakdown tracks as well. The album has a Transport League signature all over!”

“Kaiserschnitt” will be released in digital, LP, and CD formats on Mighty Music Records!

Check out the official premiere for the lyric video “Me The Cursed”, below: