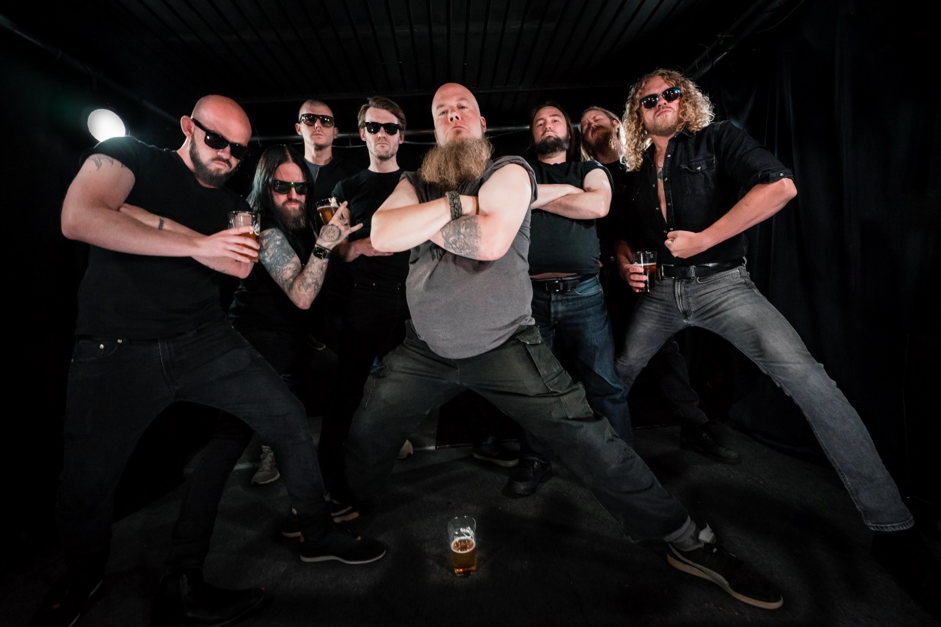 Legendary Norwegian outfit Trollfest is back, ready to deliver their groovy, energizing and K.A.O.S-infused sound to the masses! After gathering millions of streams on YouTube and Spotify,  Trollfest will be joining Napalm Records for the next chapter of their career. Since forming in 2003, the band has played numerous shows all around the world, making appearances at Wacken Open Air, 70.000 Tons Of Metal and Summer Breeze, sharing the stage with Alestorm, Wintersun, Korpiklaani and Finntroll, making a name for themselves as the pioneers of True Norwegian Balkan Metal!

In True Norwegian Balkan K.A.O.S., T release an energizing and bombastic re-recording of their classic “Der Jegermeister” to celebrate their signing to Napalm Records. “Der Jegermeister” is the magnificent, brilliant, wisdom super troll that loves to hunt and drink, and is a fan favorite at live shows! This re-recording will get you moshing on your sofa, raiding the kitchen for alcohol or wherever mother, wife, husband, partner, dog or cats hide them. Trolls never hide alcohol.

“There are few things more welcome than good news in tumultuous times and with that in mind it is with unbridled joy that we announce our signing to Napalm Records. We are excitedly excited about this excitement and have overwhelmingly positive feelings of exuberance toward this endeavor. It is a pure honor to work with such legends. Gleefully chipper and tremendously exalted, we cannot wait for the next chapter of TrollfesT history where world domination, millionaire status, private airplanes and studios built of beer are sure to only be the minor ingredients, that or we will continue to roam the outskirts of obscurity. Either way, we will enjoy ourselves stupendously.”