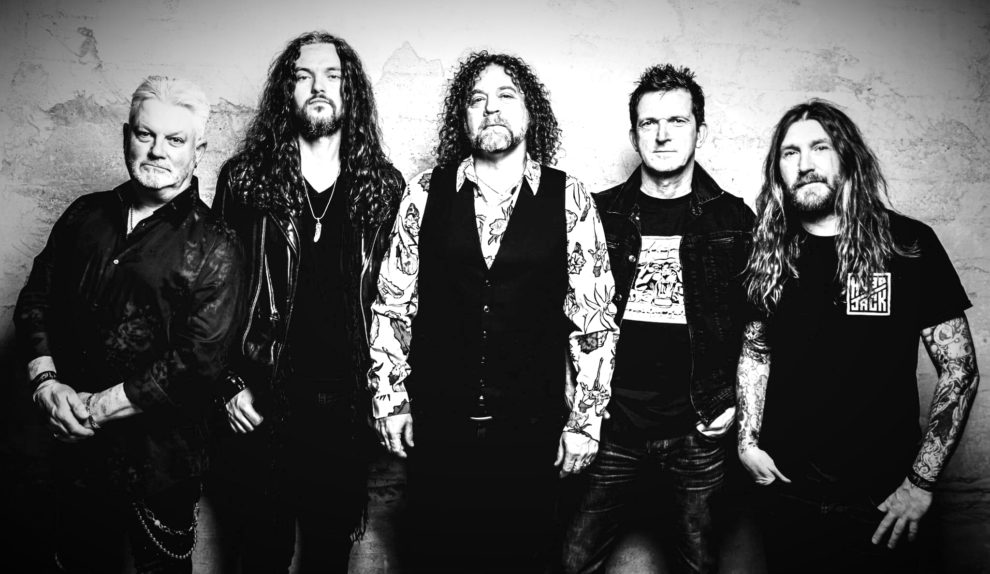 Tygers of Pan Tang premieres the music video for the “Destiny”, taken from the upcoming new release “Ritual”, which will be released on November 22nd, via Mighty Music Records.

After the successful two videos “White Lines” and “Damn You”, here it is the music video for the “Destiny”- this song is the most similar to the “White Lines”, it has that similar structure of riffs, sound, melody and vibe to it.  It begins with blur sounds, and the powerful high vocals with the perfect chorus, and it is the great introduction to the song.

Groove riffs with the 80’s passion and vibe to it, gave the song just a good balance between the 80’s classical rock and modern production, making the the song a amazing experience for listeners. Great drum set that follows the riffs with the self’s rebellion anthem, added that catchy rhythm to the song.

Lyrics are about natural disasters, that can leave a scar on the human mind- at the same time this lyrics also presents that rebellions side, fighting for your survival, to make your destiny come true- to fight against everything, the system, and the natural disasters- to be one with yourself, and to fight until the end, chasing your destiny- to become invisible. Solo parts just added also some melodic virtuosity to the song, and the song itself was complete in every form- solo part of the song surely made the song a great melodic power song, with some great rebellious journey through melodic 80’s sound, that has that divine power to it.
Great images are put in the video, and they are adjusted in a perfect way in the song. It is very well made with all of the slides and moving images, someone who is the maker of the video presented the song in the visual way in a form of the true art, giving the viewers-as well a great experience.
Live your destiny, your destiny is you- through the sounds of the melodic rock guitars.

“The song is about the unforeseen natural disasters that can happen almost without warning, leaving a huge impact on life. It’s also about the risks we take, be it gambling, in the hope that we become wealthy and the incredible yet crazy, adventurous things people do, not always knowing what’s at the end of the adventure. Many of these things are reflected in the accompanying video. When either Jack or I hit a stumbling block we share what we have – having completed the verses and bridges I passed it to Jack who completed it with the chorus. ”

Vocalist Jack Meille states this about the new song/music video:

“I remember when I got the demo version of this song: a live take with Craig singing the verses. I read the lyrics and the line “this is my destiny, written in stone for me” instinctively came to my mind. I still don’t know why and I probably don’t want to know it; I rather be surprised every time this magic happens!”

“Ritual” will be their second album with Mighty Music and also the second recording by the current line-up. The album was recorded at ex Tygers’ guitarist Fred Purser’s studio in Newcastle Upon Tyne and mixing and additional production was again conducted by Soren Andersen, most recently known for his role as Glenn Hughes’ guitarist. Mastering done by Harry Hess (Harem Scarem).

Check out the premiere for the music video for “Destiny”, here:

Cannabis Corpse announce European tour with Withered!
The Dark Element releases new album “Songs The Night Sings”, and releases music video for the “Not Your Monster”!