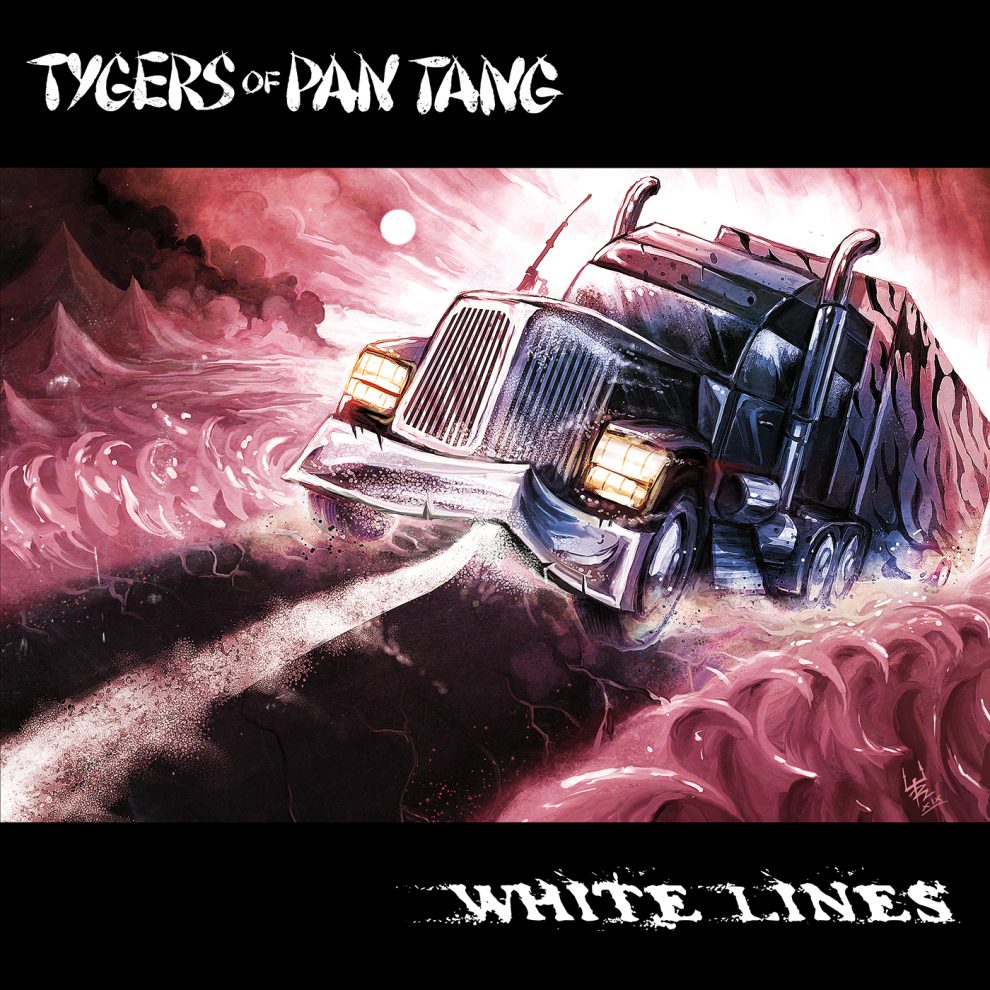 Hard rock titans Tygers Of Pan Tang premieres the music video for the “White Lines”, which is taken from their upcoming new release “Ritual” which will be released in November, via Mighty Music Records.

Fast, furious, melodic song with a good lyrics, what a great recipe for a good song. While experiencing it’s groove melodies, the song gets better and better in every second of it.

It starts with some epic riff introduction, and then the Vocalist totally dominates the song with this vocals, a great start for one catchy song, that will give the listeners some crazy vibes in the music style of the 80’s, and it’s all about party and having a good time, lyric as well.

All of this creates a special atmosphere of 80’s party vibe, with some fierce and fast riffs, outstanding solos, it makes the song a one true power party song, that every listener will for sure enjoy. At some point of the song, there are some fast solos that gave the whole complexity to the song, on a whole new level, like a ride without the end, it’s kind of that feeling while experience it.

Great production, and a approach to 80’s hard rock style, giving the totally new perspective to the sound, and the whole genre as well, creating fresh, motivated atmosphere for the song, which is once again the indication that this song is a blaster that will make every nerve in the brain dancing.

The music video is all in white n’ black colors, thematically goes with the song, and it was shoot in a great way, every corner of the music video is very well adapted with movement of the band, presenting with the different  angles of the video, such a divine visual experience, not just so the listeners will enjoy the song, but also to enjoy it visually. Lyrics are all about the party and the 80’s times, Vocalist did a great job presenting the lyrics in the right way, as well the emotion of the song, and spreading good vibes while singing it, totally into it. Party like a 80’s rock star, true the godless sounds of rock guitar.

“White Lines” will also be released in a ltd edition 12″ vinyl edition n with an exclusive B-side being a new recording of the classic Tygers song “Don’t Touch Me There”, which celebrates its 40 years anniversary this year. This new version features guitar solos from Tygers member Robb Weir, Micky Crystal as well as former Tygers member and producer Fred Purser and producer Soren Andersen.

Drummer Craig Ellis states this about the new music video/song:

“White Lines.. Around three years ago…

I particularly liked one of Robbs guitar riffs he sent out to us as a demo and I wrote the lyrics/melodies to both verses almost immediately. It was sometime later when I wrote the complete chorus. I presented it to the guys last year and we worked on it and developed it into what it is today.

The first verse is about something I have done for what seems like forever and will continue to do. The second verse is about a particularly crazy nine weeks I went through in 1998.

(Here is the answer):

This is the long anticipated new album after the 2016 self titled comeback album, which sold over 10.000 copies worldwide and re-established Tygers Of Pan Tang as a house hold name around live scenes world wide.

This year having playing major festivals like Rock Hard Festival (Germany). The new album is supported by an extensive European tour alongside support shows for Saxon. Needless to say this is a big priory release which will be supported with promotion, marketing and advertising in relevant medias. 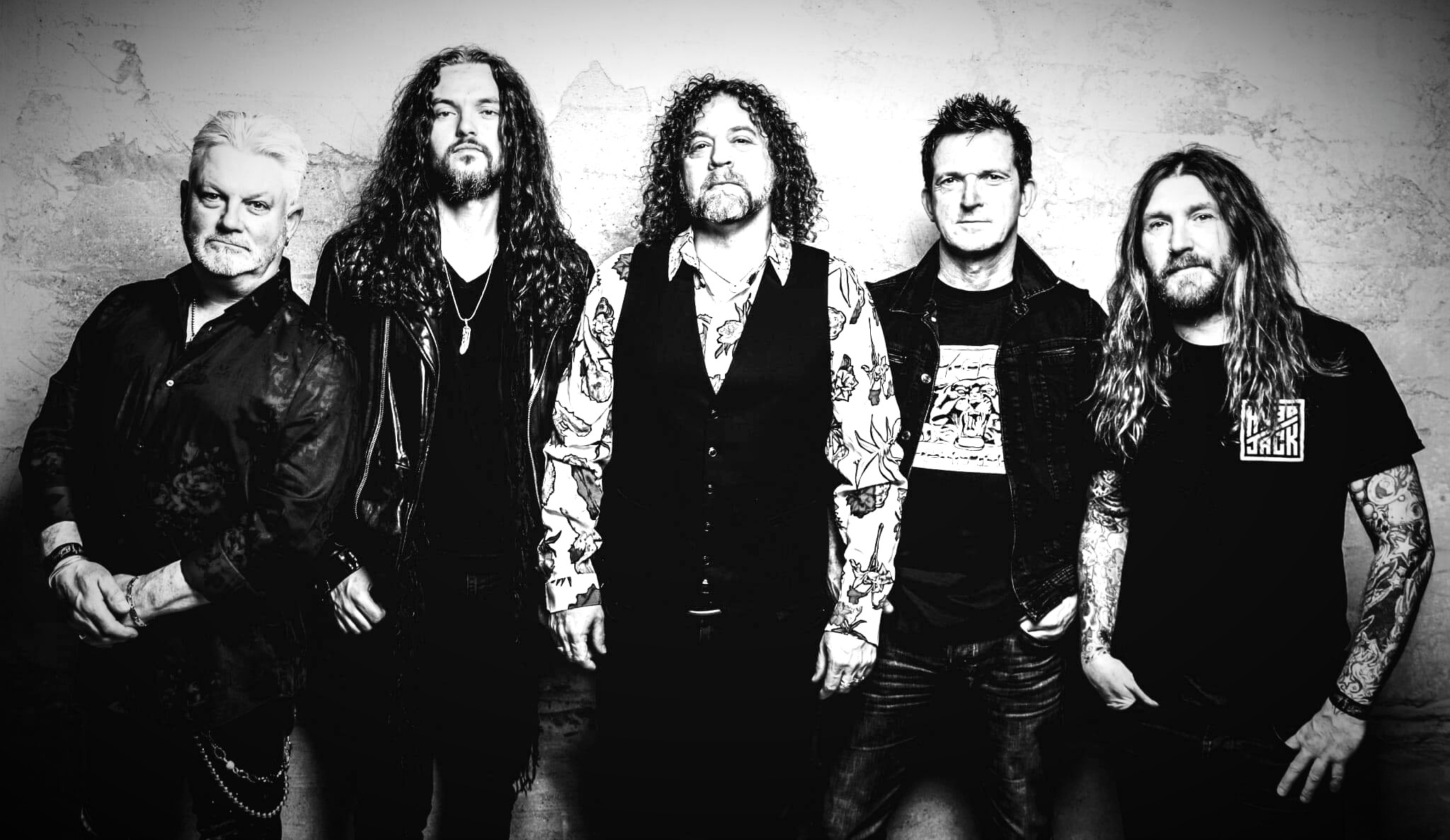 Tygers Of Pan Tang are among the most influential New Wave Of British Heavy Metal bands alongside Saxon, Diamond Head, Iron Maiden and Def Leppard. The vinyl is strictly limited to 500 copies.

Check out the premiere of the music video for the “White Lines”, here:

Stargazer premieres the music video for the ”So Now You’re Leaving”, power ballad about the true love and true friendships in 80’s style!
Rotting Christ kicks off Russian tour dates!