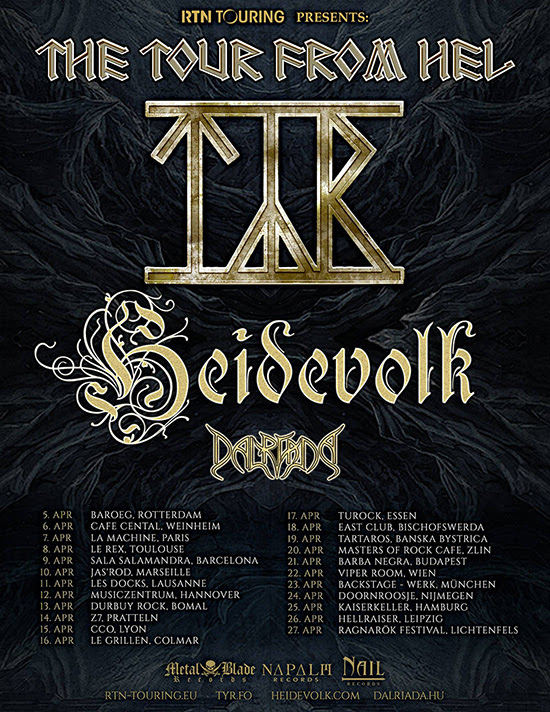 Týr have now announced a full European tour in support of their new upcoming release ”Hel”.

”Hel” is a collection of ruthlessly melodic and irresistibly compelling progressive folk metal that will immediately resonate with any who have followed the band at any point over the two decades of their storied career. For a preview of the album, the first single, “Fire and Flame”, can be heard at: metalblade.com/tyr – where ”Hel” can also be pre-ordered in the following formats: