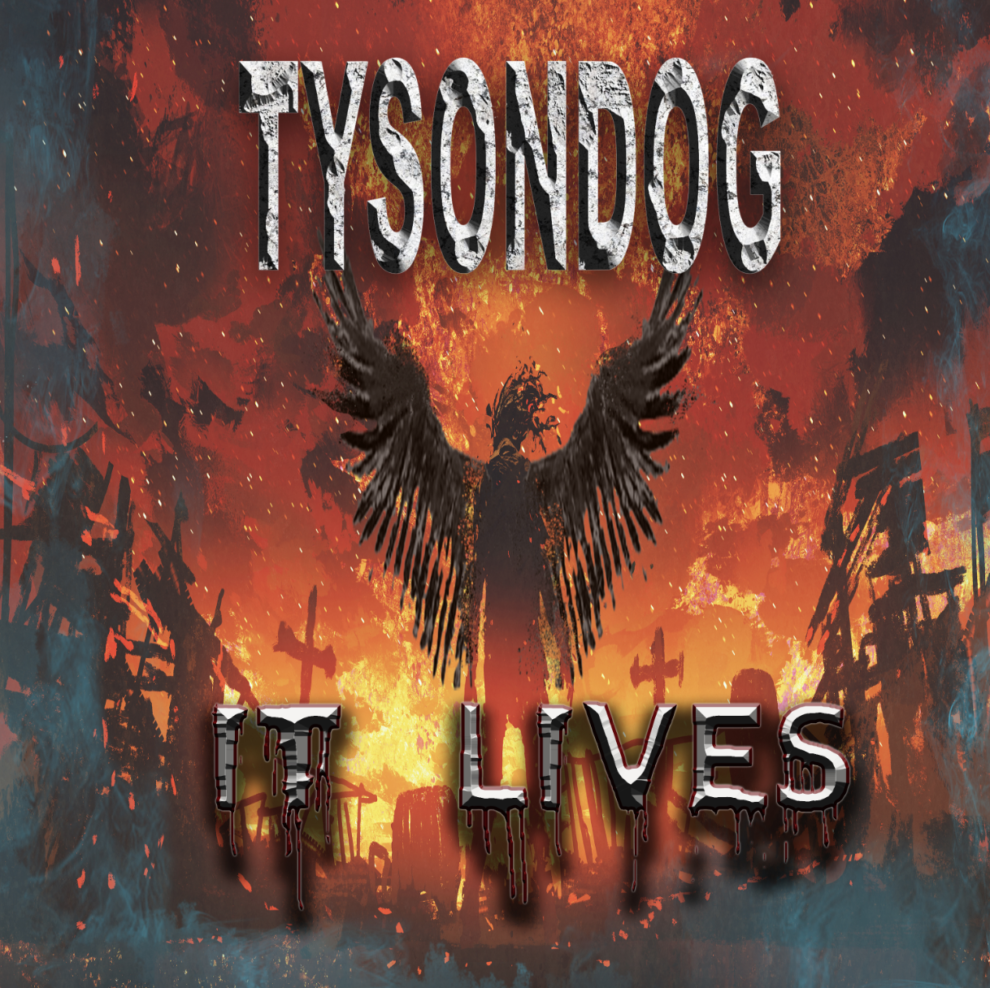 British NWOBHM masters Tysondog premieres the lyric video for “It Lives”, taken from the upcoming record ”Midnight”, which will be released on April 29th, via From The Vaults Records.

Starting with orthodox heavy metal groove, this song promises a lot of quality heavy metal sound of true smoothness and groovy rhythm. It is catchy in that old school heavy metal spirit and it have so balanced and coordinated low ground musical structure – that shows the epicenes of band’s mastery in heavy metal dominating style. The most coordinated part are the riffs – with the fusion of outstanding vocals by John Clutch Carruthers, that demonstrated that ultimate heavy metal essence from the 80’s. Showing and demonstrating that raging, bad -ass and high quality old school vocal approach – that added a special vibe and quality to this song. Making it just superb and supreme heavy metal song of power. He’s vocals are skillful and coordinated, all of the time in line – without any mistake, sounding so refreshing and unique. Proving that John knows how to show off his vocals and he is doing it perfectly – making heavy metal spirit and essence alive in his best and primal form.

Drum set is coordinated in a great way in the song- following John’s vocals. Showing that traditional heavy metal beat – that is without a doubt hypnotic and awesome one – like in this song, as well. Presenting the metal mastery on that true pure heavy metal way. Melodic part of the song are outstanding, they are catchy – with that groove of heavy metal, that presents the true divine melody wrapped in heaviness of metal.

The story in the song is horror story inspired. About having that wicked side inside of you, waiting to be unleashed. Desire for bad things and darkness. And the band perfectly presented it – with their music. It goes along well with the technical side and production that is very good in this one. Making a horror experience – with 80’s heavy metal, a true banger from the 80’s – that brings only quality and 80’s bad-ass influence and toughness. This song will get back the listeners to the best era of heavy metal, where horror movies and great music, where the thing. It is a heavy demolisher wrapped in the most groove and smooth sounds of traditional heavy metal power and domination.

Discover where “it lives”, through the groove sounds of heavy metal.

Back in 1984 the likes of Malcolm Dome, Geoff Barton, Dante Bonutto  were tipping Tysondog for major success, emerging at that time from the force that had become known as the New Wave Of British Heavy Metal. One way or another, the fates conspired to deprive Tysondog of the international fame that so many thought they were destined for and in time the band disappeared from the limelight. Back in the day, Tysondog “could have been a contender”, as Marlon Brandon once said. The five-piece from Tyne & Wear collectively had one eye on Judas Priest and the other nine on producing classy Eighties British metal, and their no-nonsense approach was showcased on two cracking albums, two singles and an EP before they took a one-way trip to the vets. They re-appeared in 2012 with a new four-tracker “Hammerhead” and with Jeff (Mantas) Dunn sitting behind the glass they ventured back into the studio in 2014 and re-emerged with “Cry Havoc”, their first full album in almost 30 years. Tysondog’s rich history was not forgotten, having re-started their engines, they have gradually worked their way back with a new perspective on life and, happy to see that people were, taking major notice, the band recorded a new studio album, also signing to Danish label From The Vaults. 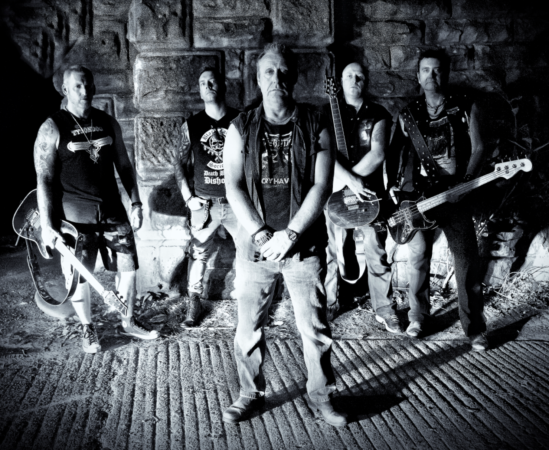 Check out the premiere for the music video of “It Lives”, below:

Runescarred releases acoustic music video for “Swallow Your Tail”!
The Chronicles of Manimal and Samara (TCOMAS) premieres the music video for “The Chefs Song”, liberate yourself through the progressive mental sounds and art mastery!