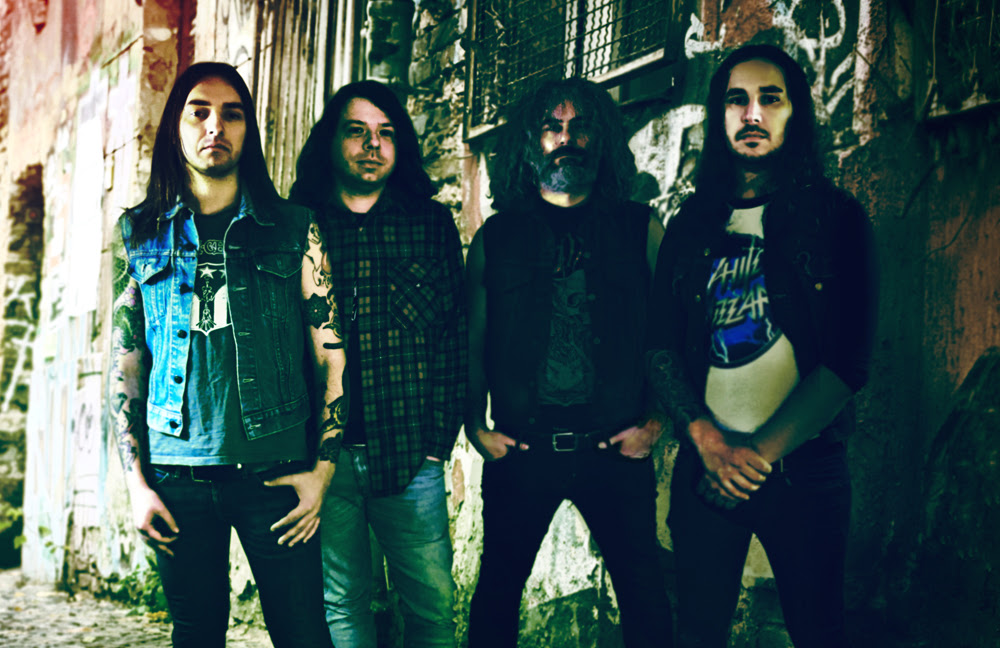 TYTUS plays heavy metal in the glorious tradition of bands like Thin Lizzy, Iron Maiden, Black Sabbath, Megadeth and so on. The band is a classic four-piece: Mark Simon Hell and Ilija Riffmeister on lead guitars, the second handling also lead vocals, Markey Moon on bass and Bardy on drums. All of them made are experienced former members of bands like Gonzales, La Piovra, Eu’s Arse, Upset Noise, active for years in the punk, rock and hadcore european scene. While rising from the muds of 80’s hard rock, the four-headed monster stomp its big feet in the swamps of stoner rock with the urgency of punk rock. 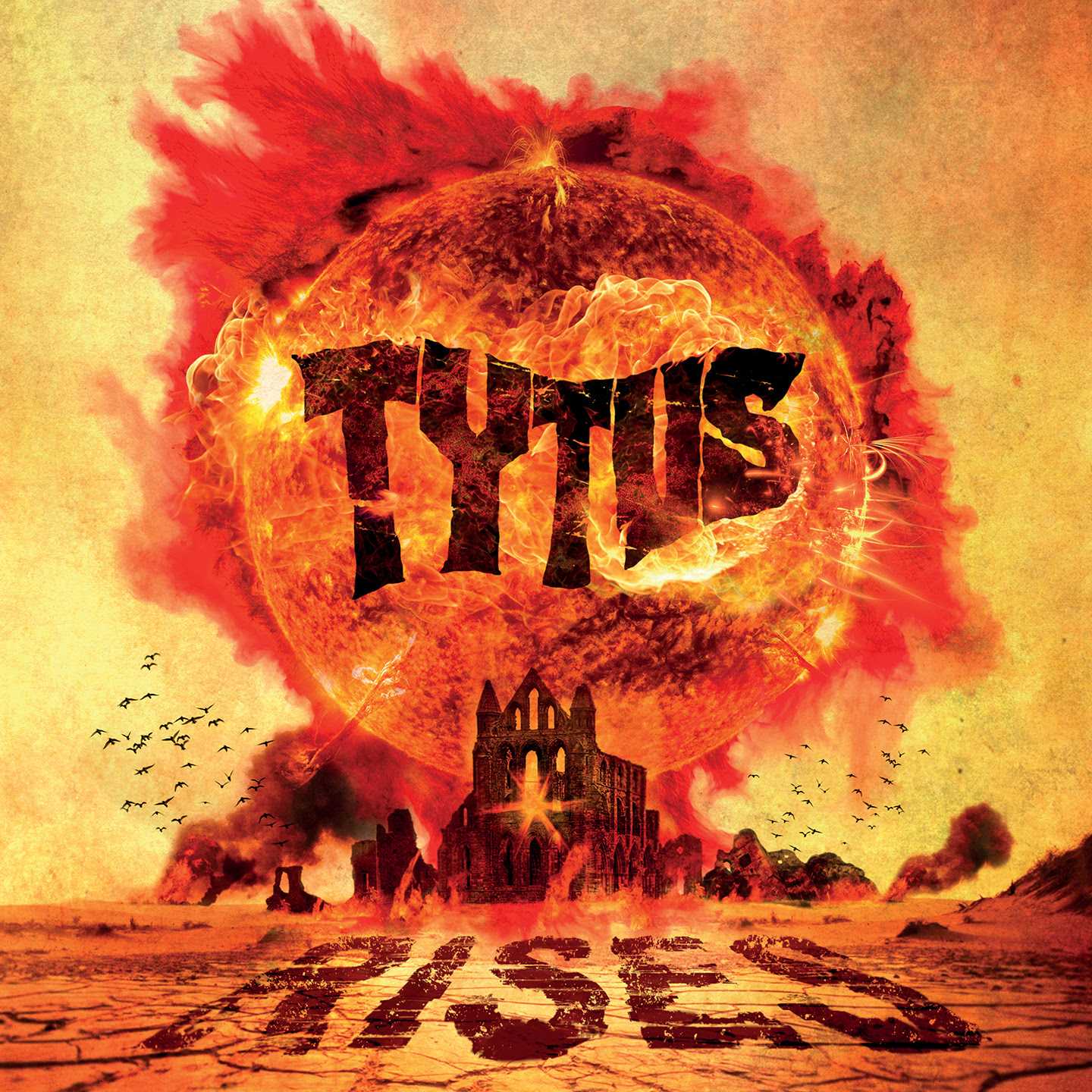 Their very first full lenght opus “Rises” will be published in october 2016 by Sliptrick Records. There is a sort of subtext behind “Rises”. In some billions years our Sun will start dying, becoming a red giant star devouring the whole Solar System. How will be the condition of human beings in those days? Will they be able to survive? Probably so, probably they will manage to live underground near the very rare last water springs. Everything has been destroyed and reduced to a desert land, everything they trusted and loved has gone forever. All their cults back again where everything started: the worship of the Mighty Sun who purifies the Universe through destruction.

Given the setting, the songs of the album are reflections about human beings’ existence on planet Earth along the centuries: war, exploitation, rebellions, state religions, migrations, revolutions. But also the untamed necessity of breaking the boundaries, physically and mentally speaking, and all the great achievements made possible by this exclusive feature of the human race. So, is this the end or there will still be hope? The album has been recorded an mixed at Track Terminal Studio in Trieste by drummer Bardy, and then mastered at Dead Air Studios in Leverett (MA, USA) by Will Killingsworth. It features guest appearances by Will Wallner (White Wizzard) and the german singer and songwriter Conny Ochs. Conny Ochs contributed also with the cover artwork.