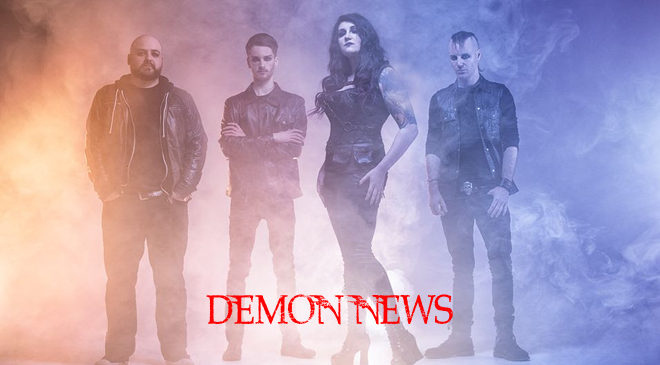 May 29 – Toronto, ON @ Hard Rock Cafe (Because I Am A Girl Benefit Concert) – Event info

Edmonton, AB’s VAN HALST is proud to announce they will be performing at this year’s 2nd annual ‘Because I Am A Girl’ benefit concert on May 28th in Toronto, ON at the Hard Rock Cafe. The benefit concert features all acts with female musicians in honour of of supporting and raising proceeds for Plan Canada’s ‘Because I am a Girl’ initiative, which helps to create a brighter future for girls in the developing world. For more info on Plan Canada, please visit the following link: http://plancanada.ca/because-i-am-a-girl

Vocalist Kami Van Halst comments:
“We are very excited to be apart of the fundraiser for the Because I Am A Girl foundation. Because I Am A Girl is a global initiative working to end gender inequality. This is something very important to us, we speak a lot about feminism in our music and believe that no one should be held back from achieving their potential due to gender or sex.”

A fierce, empowering force of hard rock fused with metal with strong socially conscious lyrics and advocacy for female rights, VAN HALST recently released their debut album ‘World of Make Believe’ on March 4th, 2016, which is now available on iTunes and Bandcamp.

VAN HALST, a project that first began as a solo endeavour for whom the band is named after — Kami Van Halst, has since become a full group producing socially conscious, lyrical tracks that focus on disenfranchised and marginalized populations. The band’s influences stay true to goth rock with Kami Van Halst demonstrating an agile vocal delivery in combination with pummeling growls. Lyrically, the band draws from black metal due to its focus on people suffering from isolation and rising to overcome the preconceptions of a judgmental society. In This Moment’s industrial fusion remains a primary influence for Van Halst, employing a sampler, synthesizer, and distorted vocals.
Kami Van Halst dominates as the vocalist performing both growls and soaring vocals (Surviving Suzanne), Scott Greene (Derina Harvey Band/Dirty Pool) and Strathon J. Bajowsky (Havok Way) craft the guitar work while Brendan McMillan (bass) (My Darkest Days) and Brett Seaton (drums) (Cultured by Fire) drive the rhythm section of the band. Kami’s range and virtuosic vocal ability always captivates an audience and her attitude on stage truly delivers the meaning behind the songs. The main writing forces for the band are Kami and Scott working together to give listeners a vivid image of social injustices. The band’s live performance is a theatric experience as the utilize full-costumes, make-up and stage props.