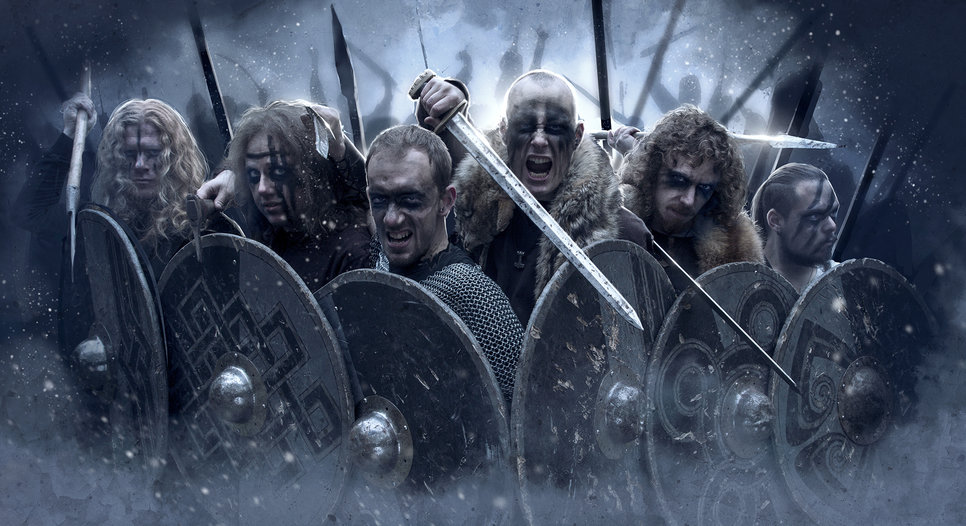 Danish vikings premieres the lyric video fort the “Kringsatt av Fjender”, a cover from the Danish minstrel Kim Larsen with the lyrics from the poem of Nordahl Grieg – “Kringsatt av fiender”. This poem means a lot to many people and stands for unity in a world that tends to get more and more fragmented.

This song is just the typical Vanir song with all of the viking essence – with the sound of glory in it. It begins with some fast and loud sounds, that is an great introduction to the whole song – that has full of great combined riffs and melodies in it, in the bands style. The story of the song is about war and being surrounded by enemies as well in war – wrapped in the sounds of war and excellent riffs, drum set – that follows the story in a awesome way, showing that viking power of the song and the true colors of wars. Vocals of Martin Holmsgaard are raw and loud as usual, making the song just more epic that it already is, adding that catchy effect to it, listeners and the fans will for sure enjoy it’s chaotic sounds of war.

Be prepared for war, war metal of chaos.

This is one of the bonuses of the newly released digital EP “10 Years Of Mead And Metal”, by the Danish Viking metal heroes Vanir!

Ten years ago in Roskilde Denmark a group of meatheads came together to play some Viking folk metal. It later evolved into Vanir. A lot has happened since then. Both when it comes the band and the band’s visual and musical soundscape. While in the process of working on their 6th album, they thought it was important to mark their 10th year of raiding with Vanir!

And to mark this occasion, they have re-recorded three songs from their debut album, “Særimners kød”. The goal of the EP is to capture the essence of Vanir’s roots and mix them with the sound of what they aim at today as a band. With the heavier sounding Viking metal that Vanir represents today, but with respect for the folk metal roots they came from.

Check out the premiere for the “Kringsatt av Fjender”, here:

Withering Surface premieres the official animated music video for the “Alone”, self acceptance through your own company in melodic death metal style!
Misery Index releases music video of full live show in Nantes!