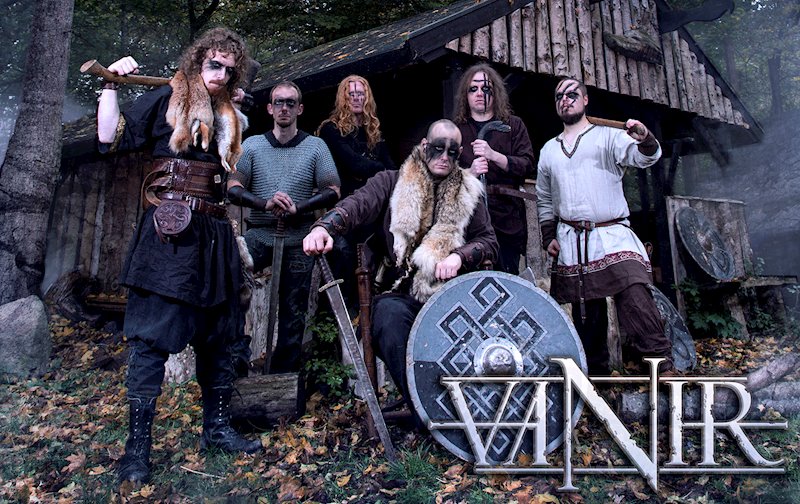 Vanir premieres the song “Fejd “, from their fifth upcoming release called “Allfather” which will be released in February 15th 2019, via Mighty Music Records.

Since the formation of the band in 2009, Vanir have released four full-length albums.

There is no doubt, that Vanir is the greatest Viking-metal act coming out of Denmark, with a discography that ranges from folk to death / black-metal influenced Viking metal.

With “Allfather”, Vanir have once again created a melodic death / black metal experience with a sharp focus on melody and brutal riffs, which should appeal to all fans of Amon Amarth, Immortal, Ensiferum, etc.

The first song “Fejd” deals with one of Denmark’s most significant family reigns. The story about the son Svend Tveskæg and his father Harald Bluetooth. A showdown that not only dealt with different views of the culture, where Harald stood for change and the new “Christian path”, and his son wanted a more conservative direction rooted in the Nordic gods. It is also a showdown that leads to a united Scandinavia through a strong commander who ruled from Denmark to England before his death in 1014. The album “Allfather” is a tribute to Tveskæg’s accomplishments and the importance it had not only for the northern countries but also the English and European culture heritage. “

The music video for this song also presents viking culture. Amazing thing about is that the video goes with the song very well. Vocals both clean and growls, are combined so great with each other, also this is a classical viking anthem. Atmospheric moment at the time the vocals change is just epic, telling the story of the song. This is a great produced video with some great riffs and powerful solos and vocals, a enjoyment for soul and ears, Skal!

Clean vocals on “Fejd” is sung by Martin Steene of Danish power metallers Iron Fire. All vocals are sung in Danish.

Vanir has in recent years focused on the Nordic countries as well as Germany and has played over 150 shows in Norway, Sweden, Germany and Denmark. In addition, the band has performed at a number of festivals including Hörnerfest, Boarstream Open Air, Barther Metal Open Air, Copenhell, Aalborg Metal Festival to name some of them.
The band has received great praise for its energetic live performance.

Check out the music video and the premiere for the song “Fejd” here, enjoy it: