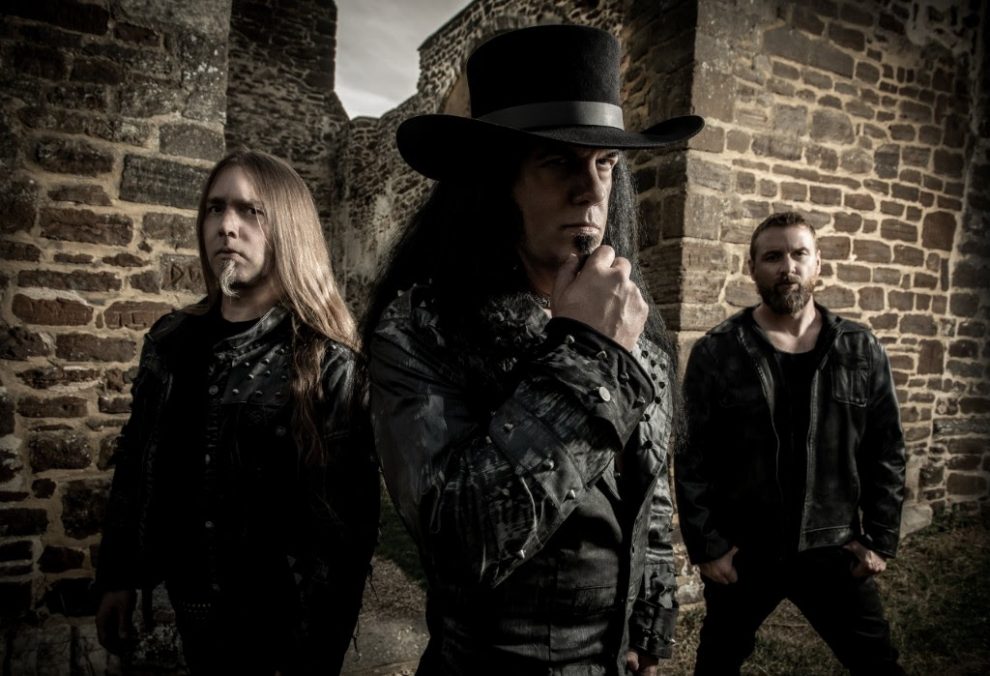 Season of Mist Records are proud to announce the signing of Vltimas. The three-piece  extreme metal formation, consisting of David Vincent (ex-Morbid Angel), Rune ‘Blasphemer’ Eriksen (ex-Mayhem, Aura Noir) and Flo Monier (Cryptopsy), have completed the work on their debut album. This death metal masterpiece is slated for release early 2019 via Season of Mist Records.

Rune Blasphemer Eriksen stated this about the sign-up and the band:

“Feels like aeons ago since I last ventured into these musical shores, but alas, here we are. Its been an intense year and a half with lots of planning, hard work, personal sacrifice and yeah, traveling. I believe I speak for all 3 of us on this matter. Nevertheless, the beast has been summoned and recorded and I am overly confident about the outcome. Having had the opportunity to work with some of the finest of craftsmen in the genre, the level of experience speaks volumes. The mutual understanding, vision and drive, everything as if for a greater purpose. That’s how the end result sounds like to me. A special thank you goes out to longtime partner in crime Michael Berberian and Season Of Mist for the immense belief in this entity, as well as my companion Jaime Gomez Arellano over at Orgone Studio (UK) for a job superbly done!

Combining strengths, Eriksen brings in veterans of the extreme, David Vincent from legendary death metal band Morbid Angel, as well as acclaimed drummer Flo Mounier from Cryptopsy. The three-piece have completed the work on their debut album, which is slated for release early 2019 via Season of Mist Records. The new death metal powerhouse will be known under the moniker of Vltimas.

The band entered Orgone Studios in Woburn, England in May 2018 with producer Jaime Gomez Arellano. Here, the three-piece recorded nine crushing tracks that will appear on the full-length debut album.

The new record offers a vast array of influences, but most notably the distinguished symbioses of these three respected and talented musicians. A dark and sinister ambiance meets a majestic and a commanding death metal energy.

Check out the official teaser as the announcement for the upcoming new release here, enjoy it:

Doro reports first sold out shows, and announces European tour dates for the 2018/2019!
Nothgard releases music video for the third song called ”Fall of an Empire”!