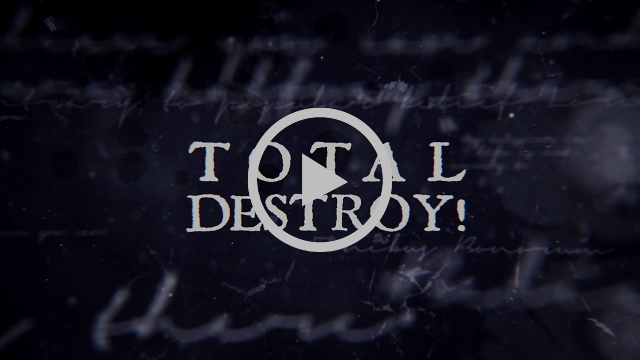 Rune Blasphemer Eriksen states this about the new song:

“One of the last songs we did for the album, and definitely a song that reflects the energy and determination we put into our debut. No mercy, just ”Total Destroy!'”

Combining strengths, Eriksen brings in veterans of the extreme, David Vincent from legendary death metal band Morbid Angel, as well as acclaimed drummer Flo Mounierfrom Cryptopsy. The three-piece have completed the work on their debut album, which is slated for release early 2019 via Season of Mist Records. The new death metal powerhouse will be known under the moniker of Vltimas.

The band entered Orgone Studios in Woburn, England in May 2018 with producer Jaime Gomez Arellano. Here, the three-piece recorded nine crushing tracks that will appear on the full-length debut album. Pre-orders will be available in January 2019.

Check out the premiere and the stream of the second song called “Total Destroy” here, enjoy it: