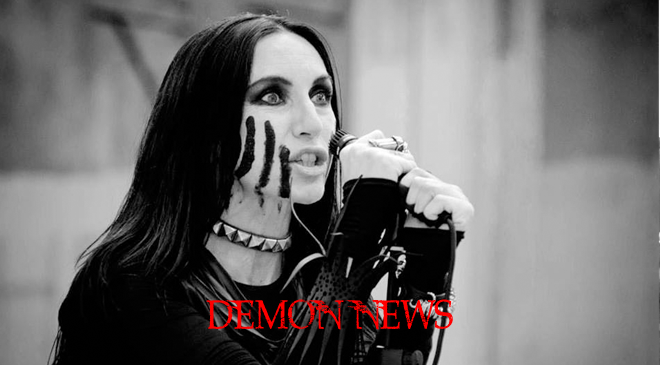 Recently ALPHA OMEGA Management announced that CADAVERIA And MECHANICAL GOD CREATION will headline “Voices Of The Succubi” (aka VOTS) – Female Fronted Metal Festival, set to take place on September 17th in Malta. Now the organizers have posted the festival trailer, check it out below. 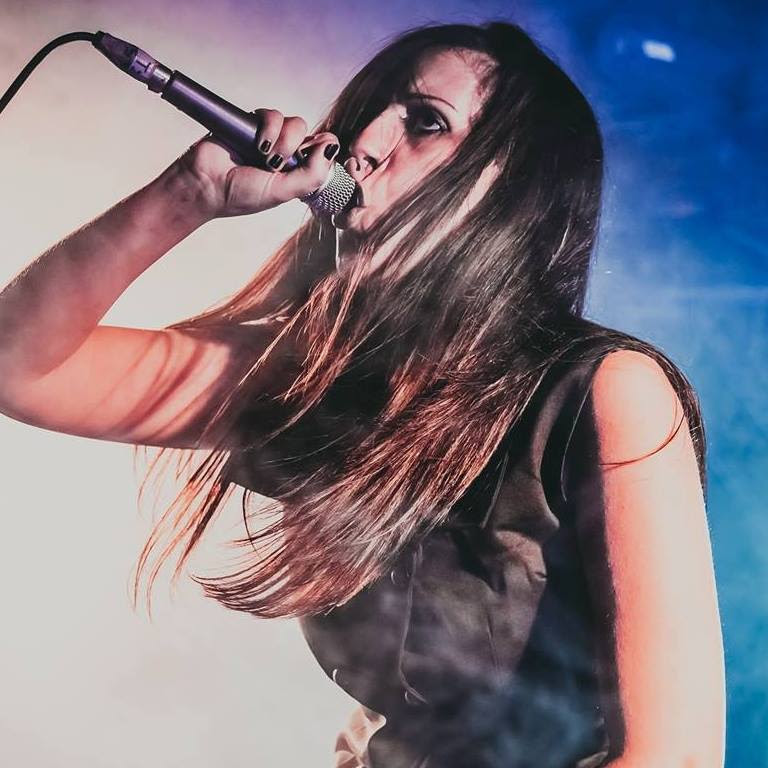 CADAVERIA was formed in 2001  with the intent to create a virtual space where to freely express themselves as musicians and extreme artists. CADAVERIA style, labelled Horror Metal by critics, can be well identified with a personal mix of Black, Death and Gothic Metal. The lyrics, scheming, hermetic and introspective, mirror the dark soul and the vexed personality are of the singer Cadaveria. Their latest effort “Silence” came out in November 2014, via Scarlet Records. Check out the official music video “Strangled Idols” here:

Italian death metal combo MECHANICAL GOD CREATION is currently busy writing new material for the third album, scheduled to be released in 2016. Earlier this year the band toured with SEPTICFLESH, supporting them in Russia. A video footage for their song “Walking Dead” has been posted on youtube, watch it here:

About “Voices Of The Succubi” Festival:
VOTS will be happening and blowing out one of Malta’s most popular and highly atmospheric venue “Ir-Razzet L-Ahmar” on the 17th of September 2016. This event will be a merciless display of good, powerful music with a good variety of Metal Genres, all Female Fronted. More information athttps://www.facebook.com/votsfestival 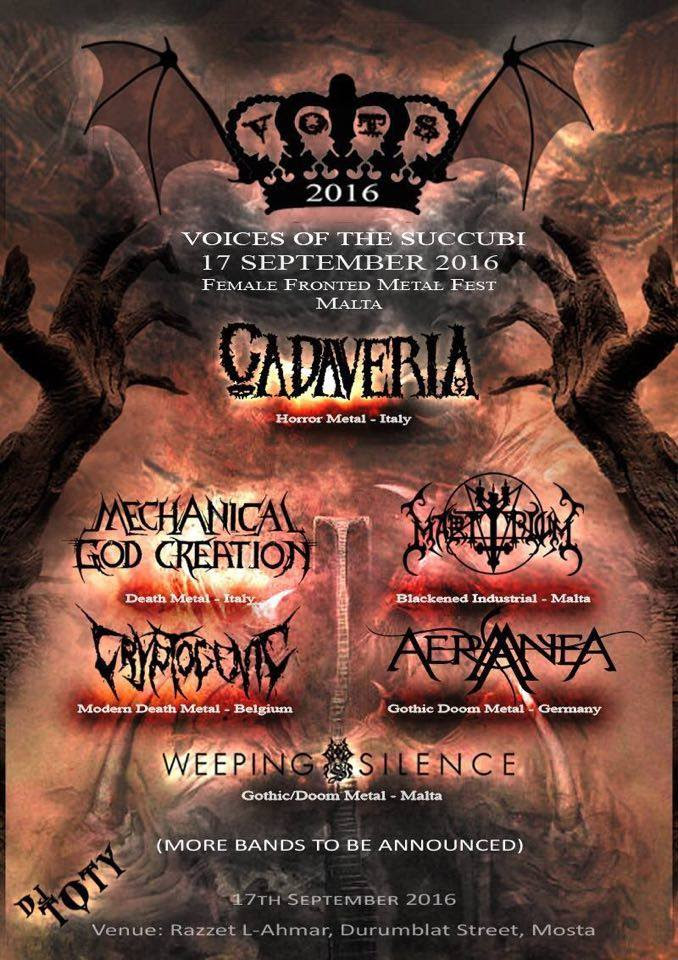