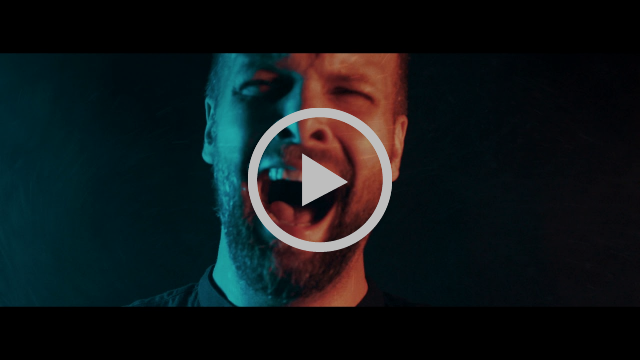 Australian pop/prog sensation Voyager are now releasing the next brand new song of their upcoming opus ”Colours in the Sun”, which will be released on November 1st via Season of Mist Records!

The video was created  by Dark Spirit Photography.

Vocalist Danny states this about touring with Leprous and coperation with Vocalist Einar:

“Touring with Leprous around Europe and Australia, we became good friends with the guys – they are fantastic musicians and fantastic human beings. Einar has one of the most unique styles and grasp for vocal melodies in progressive music today and it would have been remiss of me not to ask him to guest on this track. I gave Einar free reign to do what he wanted – a risky move usually, but not with Mr Solberg. The end result is stunning – a truly catchy Voyager track with some soaring Solberg – it doesn’t get better than that!”

Einar states this about the coperation with the band, and the song, as well:

“I was super happy to participate on “Entropy” with my good friends from Voyager. Very groovy stuff! Danny gave me some guidelines for vocals but I didn’t even listen to them.”

Vocalist Danny Estrin states this about their album:

“Colours in the Sun is the most transcendent, layered, and effervescent album we have written and recorded. It’s poppy, but still holds weight with crunchy, powerful riffs. It’s a true reflection of Voyager – five individuals from different roots coming together and creating a unique sound under the Australian sun.”

Destined for longevity and worldwide success, Perth based quintet Voyager recently signed their first worldwide recording contract with Season of Mist Records following the release of their 6th opus Ghost Mile. Ghost Mile saw dedicated fans contribute to the band’s Pledge Music campaign in 2017, reaching the band’s goal in just a little over a week.

If there is one word to describe Voyager’s most current form, it is colourful. After years of evolution and amassing worldwide influences that mold the Perth quintet’s unique sound, Voyager have truly come into their own in recent years, crafting a path of success both on and off stage. The genre-transfiguring act blend new-romantic and 80’s infused vocals, keytar solos, technical yet melodic fretwork, groovy bass and bombastic drumming efforts. All of which make Voyager the pop/prog/power/rock/metal force that they are renowned as today.

Having toured the world a few times over and having shared the stage with names such as Deftones, Leprous, Nightwish, Coheed and Cambria, as well as headlining a number of festivals including opening the main stage at Download Festival Australia 2019. Voyager are back with a taste of what’s to come. The band’s versatile sound sees them complement a multiplicity of line-ups, and attract the love and attention of a wide demographic of fans!

In a bid to resonate with audiences all around the world, frontman Danny Estrin explains that “Colours in the Sun” is a musical depiction of a personal journey to an adopted country. “We are the colours in the sun” says Voyager, who are celebrating Australia’s vast and varied beauty with their new album.

Check out the music video for the “Entropy” feat. Einar Solberg (Leprous), here:

1349 streams their new release ”The Infernal Pathway” in full!
Jinjer release new official music video for “On The Top”!