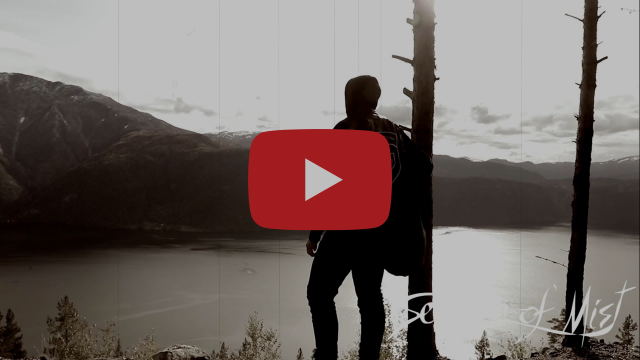 Norwegian Black ‘n Roll brigade Vreid are now unveiling the first single from their new record ”Wild North West”. The song is accompanied by a music video, the first installment of the band’s unique and ambitious movie project.

”Wild North West” is a concept album that developed alongside an entire movie. Throughout eight chapters the listener will be taken on a journey deep into the mountains, to a dark place where the borders between reality and fantasy fade and where death is only one step behind you: The Wild North West.

”Wild North West” will be released on April 30th via Season of Mist Records in various formats. Pre-orders are available HERE.

Songwriter and Bassist Jarle Hváll Kvåle states this about the new song:

“After being locked up in our own twisted little world for a long time, I am over the moon to finally be able to share the first chapter from our new album/movie with you all.  This is the start of a journey that I don’t know where will lead us, but hey, isn’t that the point?  Life is an everlasting march forward, so let’s see where it takes us. We kick it all off with the title track, a heavy and bombastic track that we can’t wait to unleash when we return to the stages worldwide. For now, enjoy the song, the movie and join us into the Wild North West” 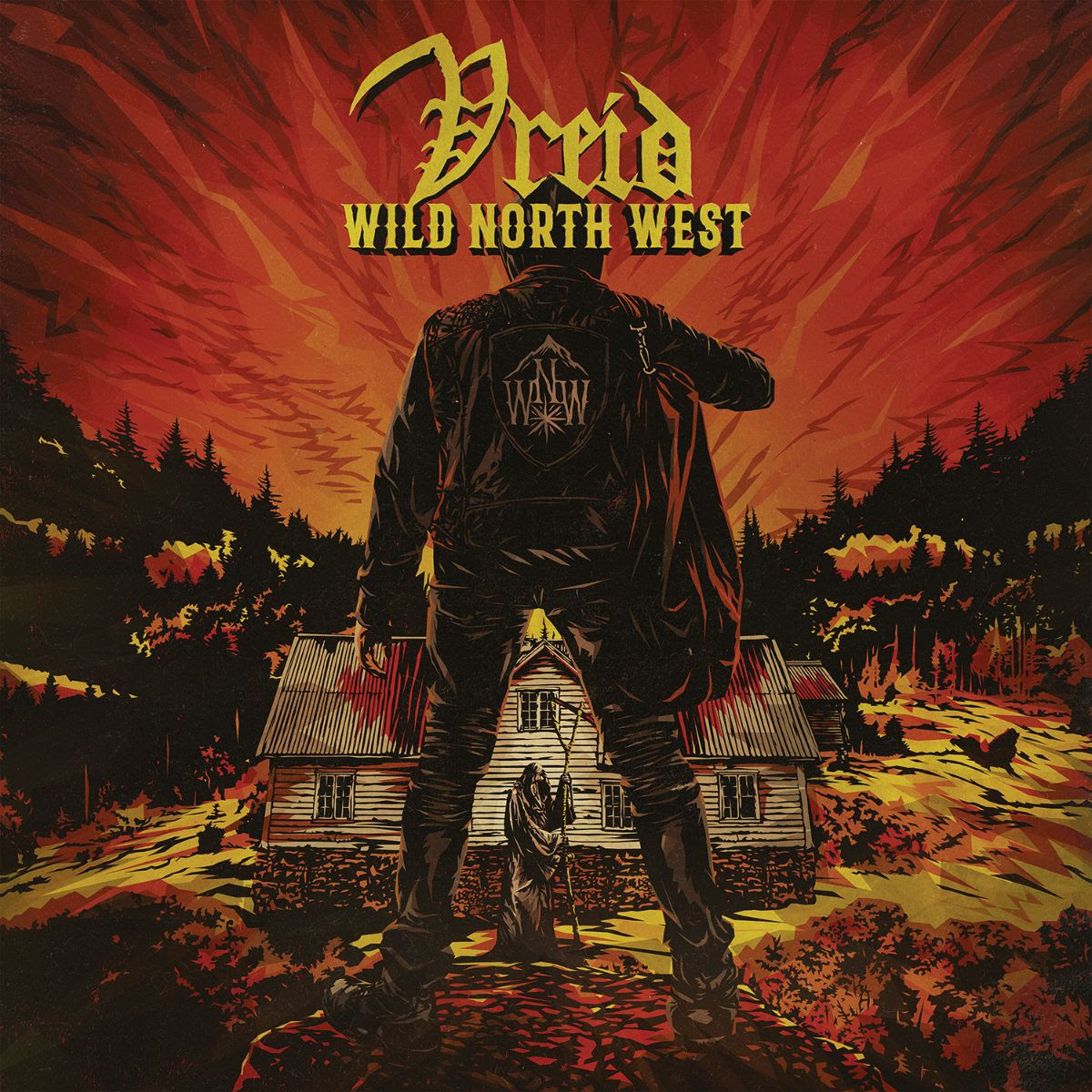 “Ever since February 2020, we have been working like hell on this new project. The only short break was when we hosted the livestream from my mountain farm last summer. This project has become all-consuming, and the hours we put into it is just insane. Most of the music was written during winter/early spring least year, and lyrically I started to work on this concept story. Then, me and movie producer Håvard Nesbø who did the lyric videos for «Lifehunger» and produced our livestream started talking about taking things further. I brought up this wild idea of doing a series of music videos, one for each song and then build these together as a movie. A movie that is the actual album. Håvard who has no limits on his lunacy jumped on board, and we never looked back.

This became the most creative adventure I have ever worked on. The whole process of writing music, recording and mixing it, writing lyrics, making the script for the movie, the actual filming and editing it and working on the design all got tangled up in one twisted world, where all these elements influenced and colored each other. It’s given a whole new dimension to our art. The result is ‘Wild North West’. This as DIY as it gets, and it’s OUR story.

With ”Wild North West” we have the whole legacy in our backpack, but with new adventures and visions fulfilled. From the most extreme and intense we have ever done to a heavy and melodic world where we open new doors. Vreid’s origin is rooted in the blend of the aggressive 80ies metal, the grooving 70ies heavy rock and the northern black metal of the 90ies.  This is our DNA and this is the spirit of Sognametal.

Welcome to the Wild North West.”

From its tumultuous inception, the Norwegian metal scene has always been about pioneering. While embracing the illustrious black metal history as part of their musical heritage, the many iconic bands have now evolved in various directions. Leading the black ‘n roll movement in Norway, Vreid are the perfect example of that. The band arose in 2004 from the ashes of Windir after the tragic perishing of Terje ‘Valfar’ Bakken. The Sognametal legends declared the mission of exploring new musical paths, which they have pushed to even greater heights on their new record ”Wild North West”.

The ninth record is not just a collection of songs, but a concept album that developed alongside an entire movie. Throughout eight chapters you will be taken on a journey deep into the mountains, to a dark place where the borders between reality and fantasy fade and where death is only one step behind you: ”The Wild North West”. Not just in sheer size of the project but also in terms of music videography, creativity, and determination, Vreid have done something truly unique and lifted their art to a new dimension.

“Wild North West is a concept story about life itself and its eternal shadow: death. It is built around the world of our fictional character E, but it is surely inspired by my own life, my band’s life, historical events and many tales that have inspired me over the years. Is it a true story or fictional? I would have to say both, and sometimes is hard tell the difference.” 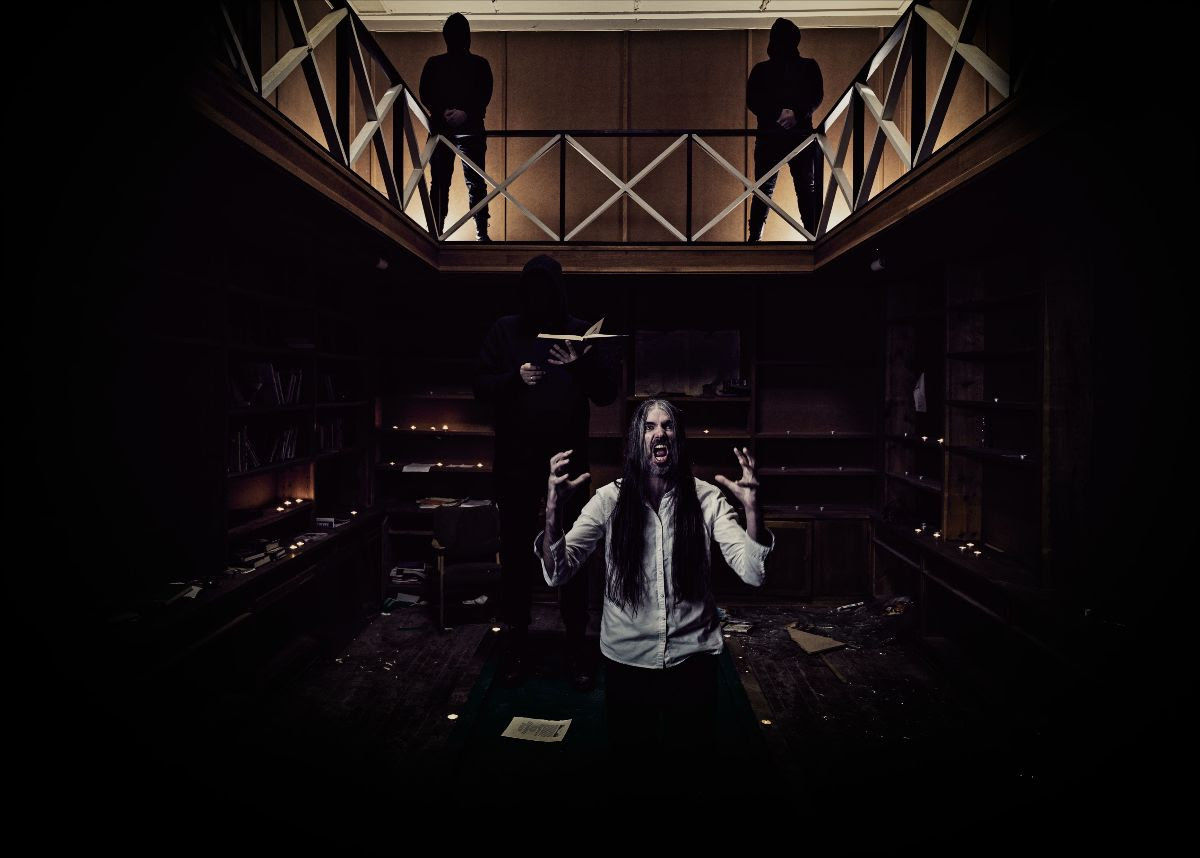 ”Wild North West” features the most extreme and intense work of the band to date, as well as heavy and melodic rock songs. These influences have always been a part of Vreid’s DNA, and it is this combination that makes up the spirit of Sognametal.  A remarkable homage to that same musical spirit is the song “Into the Mountains”. The ideas for that track were written in 2002 by Jarle ‘Hváll’ Kvåle and Terje ‘Valfar’ Bakken (Windir). Inspired by these ideas, Hváll wrote the song and included the original demo keyboard tracks from 2002, recorded back then by Valfar.

Vreid have always chosen a course of constant evolution that is marked by thematically denoted phases regarding their often historically inspired lyrics. This became particularly clear with albums ‘I Krig’ (2007) and ‘Milorg’ (2009), which both revolved around concepts dealing with resistance and liberation of Norway during World War II. With their following three records, the pitch black brigade returned to their Norse roots on ‘Sólverv’ which received high critical acclaim in 2015.

In 2018, the Norwegians teamed up with Season of Mist for their previous full-length ‘Lifehunger’, a record that successfully blended elements of 70’s rock, 80’s classic metal, and Norwegian black metal and which featured a remarkable guest contribution from Solstafir’s Vocalist Addi Tryggvason on the track “Hello Darkness”.

The band’s onward march did not come to a halt in 2020, a year that will go down as devastating for the international music scene. Vreid launched their own beer, which turned out to be the biggest success of the Balder Brewery as the first batches were sold out immediately. Instead of waiting to be able to tour again, the Norwegians invited the fans to their home region and hosted a massive streaming concert among the beautiful mountainous surroundings of the Sognefjord. The concert, ‘Into the Mountains of Sognametal’ took place in June 2020 was viewed by over 140.000 people from more than 40 countries.

In 2021, Vreid will once more invite the fans to their dark, cold, and wild universe but tread carefully as from these haunted mountains, no man can descend.

Check out the official music video and first chapter for the “Wild North West”, here: