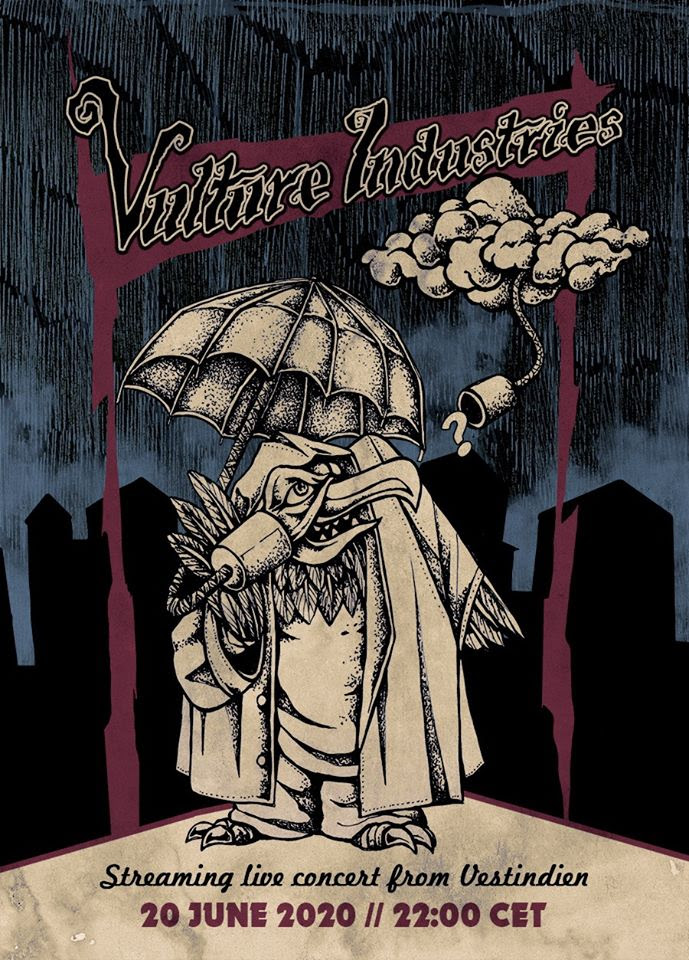 Norway’s Vulture Industries are now announcing the streaming of their upcoming live show that will take place from the historic location Vestindien in Bergen (NO). The unique event will take place on June 20th @22:00 CET. The stream is completely free and will be made available on the bands YouTube channel and Facebook page.

Front man Bjørnar states this about the upcoming live show:

“For no other reasons than the anguishing prospect of beeing bored to death by the dull reality of covid-19 and a deep philanthropic urge to keep you all amused, we give you Vulture Industries live from the historic location Vestindien. Now a museum, this was once Bergens own House of the rising sun. This evening we will dub it House of the irregular and invite you all to join us by the docs for an hour of musical rarities new and old.“

The Norwegians fourth album ”Stranger Times” continues and expands the band’s quest to push the limitations of genre and sound. Their nine new tracks are as easily as masterfully spanning a wide range from dark rock to progressive-experimental metal, while keeping their wild roaming within the boundaries of the band’s unique and bizarre sonic universe. Yet Vulture Industires manage to harness their bold mix into recognizable structures and meaningful songs throughout that do not shy away from catchiness and, quite importantly, do not fall into the trap of being weird just for the sake of experimentation.

Having stirred considerable interest in progressive circles, it was time to present their first official recording with the Ep ”The Benevolent Pawn” (2005). Consisting of current and former members of Sulphur, Black Hole Generator, Malice  In Wonderland, and Syrach, Vulture Industries shouldered their way past the then-inactive Arcturus and the drifting Ulver towards the throne of Norwegian dark progressive metal with their two albums ”The Dystopia Journals” (2007) and ”The Malefactor’s Bloody Register” (2010). The eclectic band from Bergen was more than ready to engage with avant-garde metal fans worldwide, which their next full-length ”The Tower”aptly proved in 2013. This release saw expanded touring and more performances at prestigious festivals around the globe. 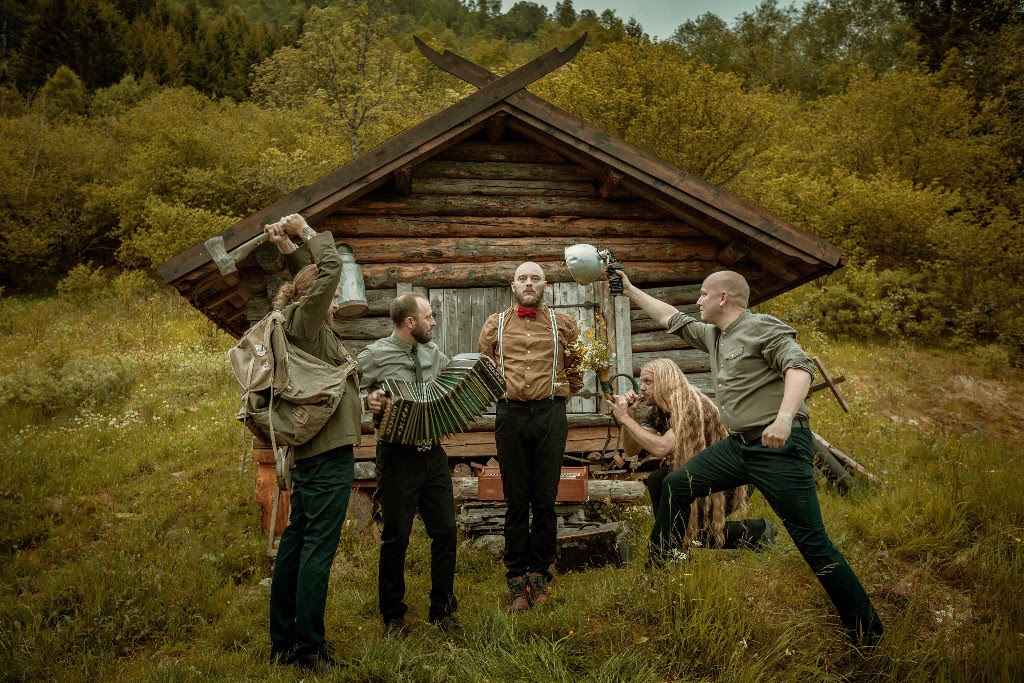