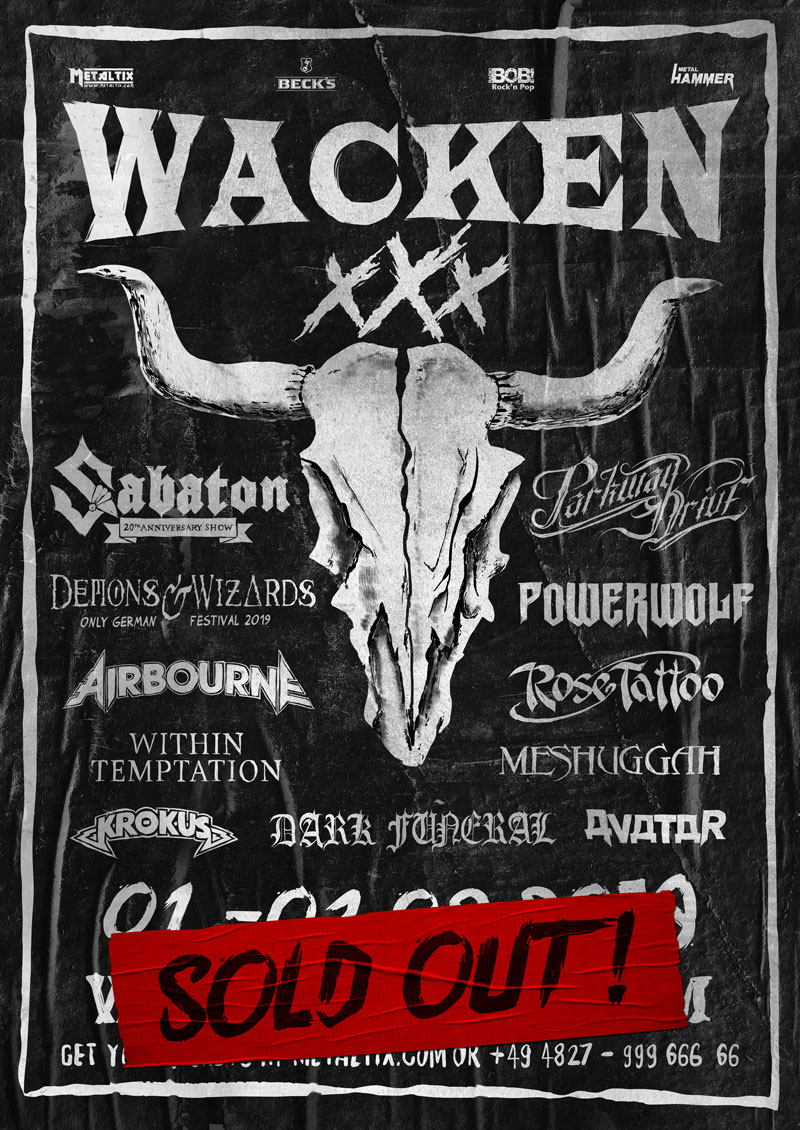 The 30th-anniversary edition of the Wacken Open Air, which will take place from the August 1st to the August 3rd in 2019, and the tickets are is sold out. Pre-sale of the 75,000 festival tickets in total started at midnight in the night from Sunday 5th to August 6th on Monday and will end after only 4 days. 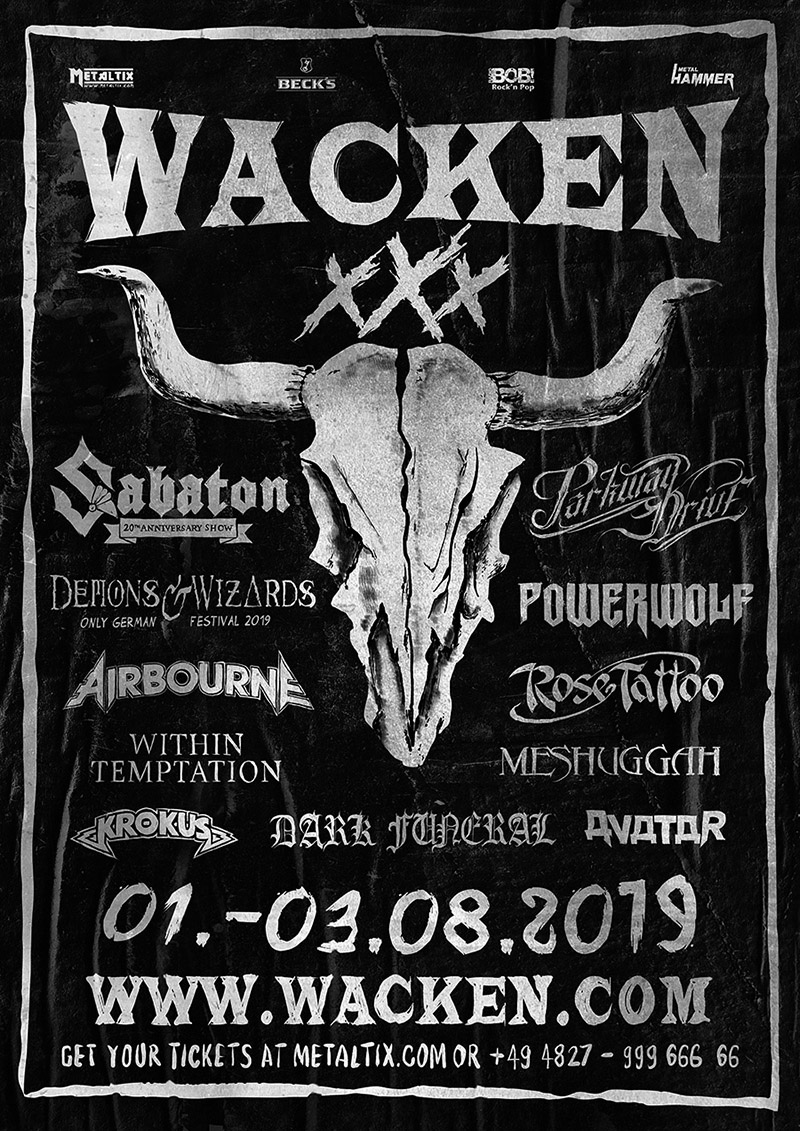 “We are extremely happy about the sensational result of our pre-sale for the Wacken Open Air 2019, The massive success of this year’s edition of our festival and the already announced acts for 2019 have convinced the fans again to place their trust in us and our work. We will not rest on our laurels but notch up our performance and we will come up with even more highlights for sure. We will, of course, offer an exciting billing next year again and also a captivating supporting the programme such as the ESL Arena for eSports”, adds festival promoter Holger Hübner. Our ambition to deliver an even better festival to the fans each year is not reduced by just selling all tickets – on the contrary, this gives us an extra incitement to do even more.”

Here you can check out the few tickets that are still available via the official travel partners of the Wacken Open Air with bus and rail travel HERE.

Check out the waiting list for a chance to score a possible ticket and reservation HERE.