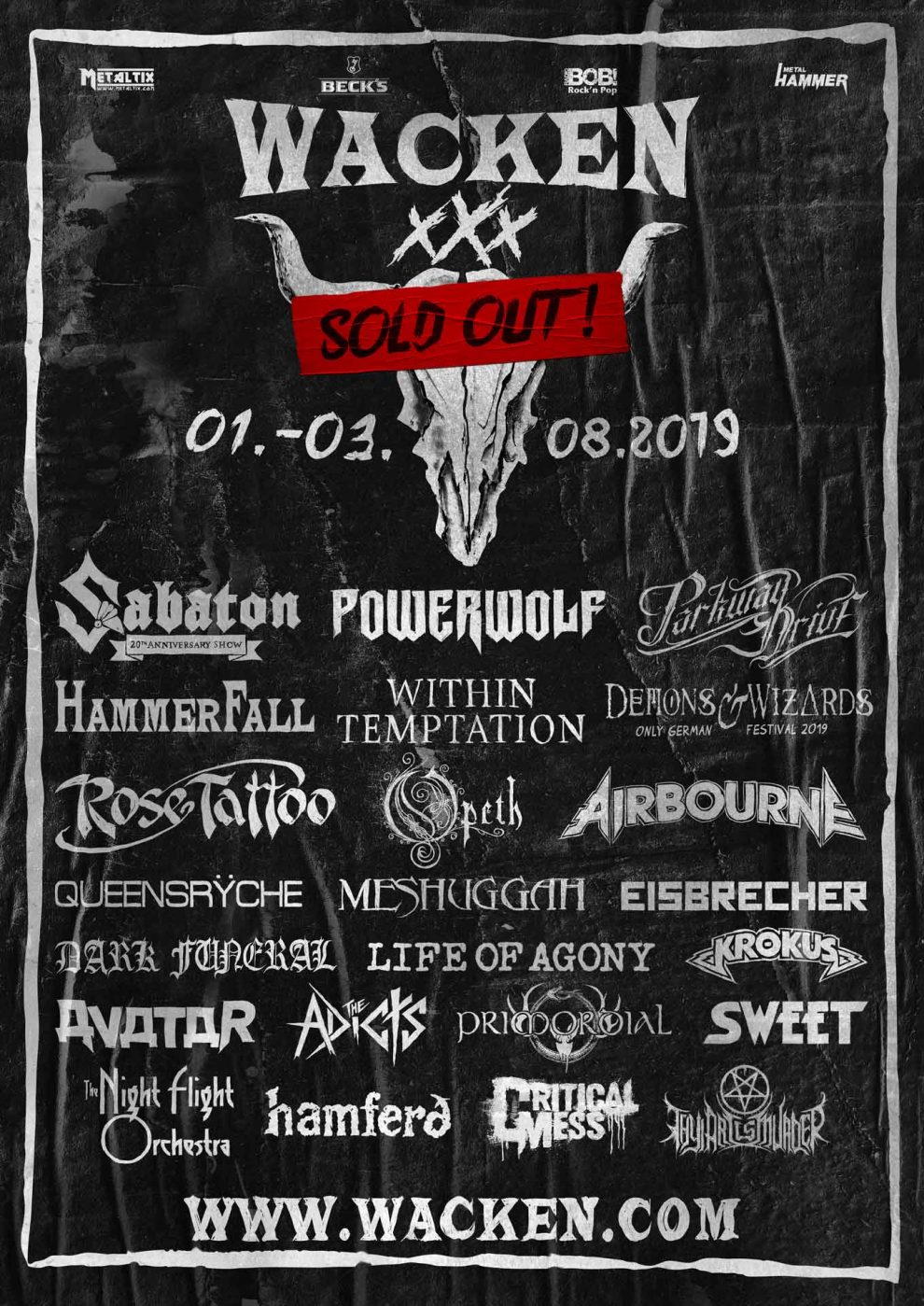 In the course of the Hamburg Metal Dayz an event parallel to the current Reeperbahn Festival in Hamburg,  Wacken Open Air has announced a string of new bands for the roster of the already sold out 30th-anniversary edition of the festival. Next year’s billing will feature more rock and metal classics such as Hammerfall, Queensryche, and Sweet. 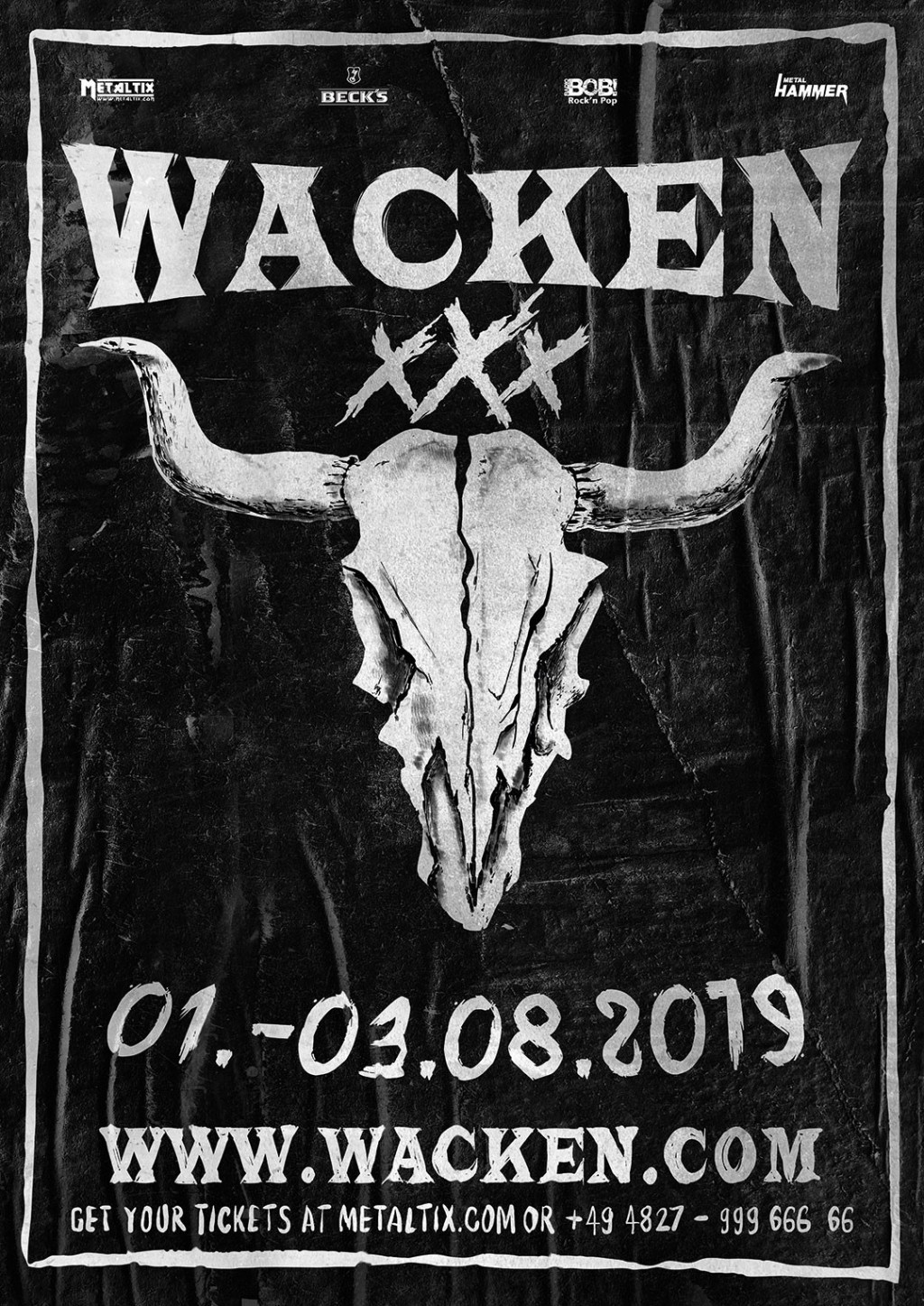 Fans of a more progressive approach are bound to celebrate the edition of Opeth, while adherents of darker sounds will look forward to Primordial and Hamferð as well as Eisbrecher for those inclined towards the gothic scene.

Fans of the deadly and crushing style of music are being served with Thy Art Is Murder and Critical Mess. Even old-school punk finds its place among the newly added as represented by The Adicts, while Life Of Agony and The Night Flight Orchestra are tossing in rocking undertones to underscore the wide range of stylistic variety offered at the next Wacken Open Air.

Festival promoter Holger Hübner states this about the festival:

”As previously promised, we will, of course, offer an exciting billing next year and also a captivating supporting programme such as the ESL Arena for eSports again. Our ambition to deliver an even better festival to the fans each year is not reduced by already selling all tickets, on the contrary, this gives us an extra incitement to do even more.”

The festival promoters have previously announced the following bands for the anniversary edition of the Wacken Open Air:

The 30th-anniversary edition of the Wacken Open Air, which takes place from the August 1st to the August 3rd, 2019 is already sold out. Pre-sale of the 75,000 festival tickets in total started at midnight in the night from Sunday 5th to Monday, August 6th and ended after only 4 days.