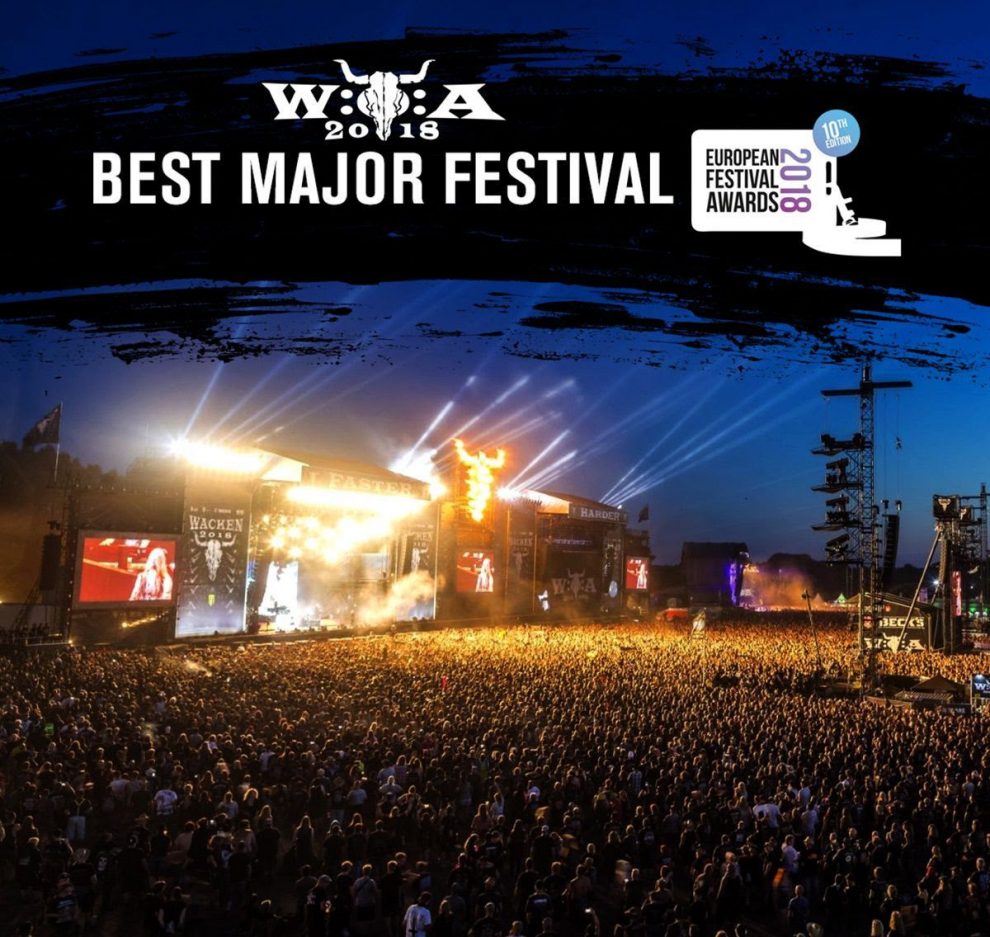 The 2018 edition of the Wacken Open Air has been chosen as the winner in the category of “best major festival” by the prestigious European Festival Awards in Groningen in the Netherlands, by a combination of online voting and an expert jury consisting of promoters, booking agents, journalists, and other business professionals.

The Wacken Open Air 2018 had already received the Helga!-Award for “best festival” by the German event industry, which determines the winner through online voting in September of last year.

The promoters of the Wacken Open Air states this about the reward:

”We are delighted and also proud to have been awarded as ‘best major festival’ by the renowned European Festival Awards”, says Thomas Jensen. „We gratefully thank all our staff, service providers, as well as associates and especially our fans and the bands that provide us with valuable feedback and help us to improve the festival each year. Of course, our gratitude also extends to everybody who voted for the Wacken Open Air as well as to the jury for recognising our efforts in this way.”

On further news, the Wacken Open Air has announced 71 new bands from all genres of hard music for its 30th anniversary edition that will take place from the August 1st until the August 3rd. All of the 75.000 tickets for the festival were sold out after only 4 days of pre-sales.

Legendary American thrash icons Slayer will perform their final German festival show at Wacken as one of the many highlights, which also include an appearance of Body Count (fronted by rapper and actor Ice-T) as well as an exclusive show in Germany by Rage joined by the Lingua Mortis Orchester, and furthermore Gothic pioneers Sisters of Mercy as well as United States Crossover-Supergroup Prophets of Rage formed by members of Rage Against the Machine, Public Enemy, and Cypress Hill.

All new entries on the 2019 billing are listed in alphabetical order here:

3.All Hail the Yeti

10.Bullet for My Valentine

38.Legion of the Damned

93.Thy Art Is Murder