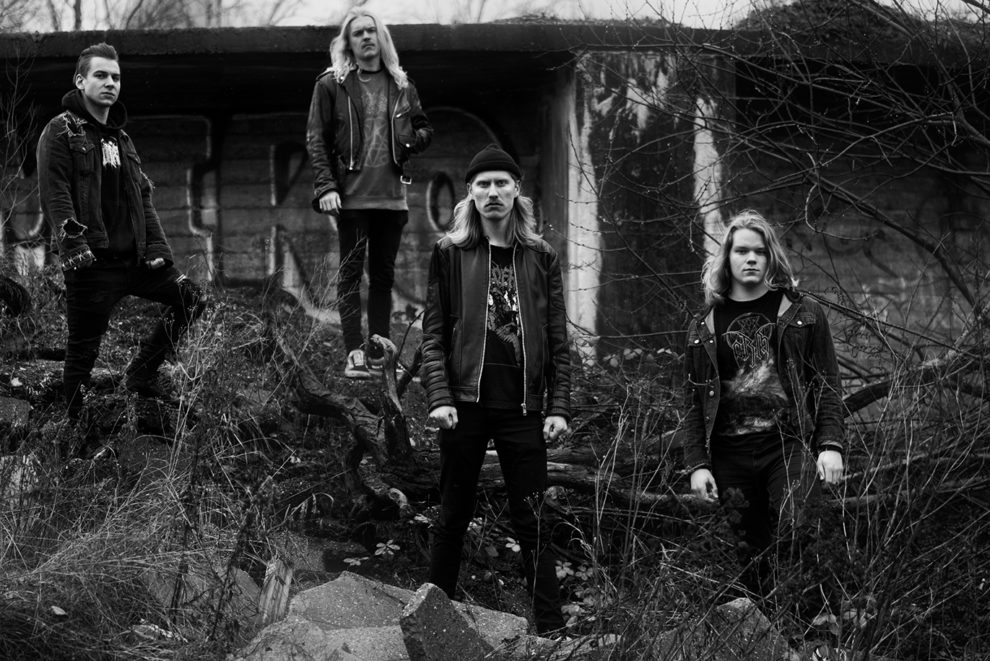 Danish death crushers Wayward Dawn premieres the music video for the “Apathy” taken from their upcoming new release “Haven of Lies”, which will be released via Mighty Music Records in April.

If someone is into classical old school death metal, this is the band and the song for them! The music video was shot in the studio – it begins with some crushing riffs followed by excellent  drum skills, also outstanding brutal vocals that tear the soul apart into peaces- continuing with some slam riffs, that made this song such a force of death and destruction in every possible way.

At some point of the song there are solos that made the song even more greater that it already is – with this the structure of the song and the whole concept of the song leads to this old school death metal vibe, that created this devastating and evil atmosphere, which the fans of the band and the genre will for sure love. Death metal devastation conquers all.

The album is produced, recorded and mixed by Jacob Bredahl (Hatesphere) and mastered by Brad Boatright of Audiosiege.

With the release of their critically acclaimed debut album “Soil Organic Matter” in 2018 and more than 40 gigs in Denmark and Germany, young death metal act Wayward Dawn from Skanderborg, Denmark have slowly but surely crawled their way up from the underground to spread the word of their filthy death metal. After the departure of their former vocalist Niklas Lykke (LIVLØS), the band decided to continue as a four-piece with guitarist Rasmus Johansen and bassist Kasper Szupienko Petersen doing the vocal duties. The first gig with new lineup at SPOT Festival in Aarhus received praises.

Gaffa Danmark states this about the band:

“Considering the impression they gave at SPOT Festival, Wayward Dawn is at the verge of a major breakthrough.”

Now Wayward Dawn will return with their sophomore album “Haven of Lies”, set to be released via Mighty Music Records in April. Recorded and produced by Jacob Bredahl at Dead Rat Studio and mastered by Brad Boatright at Audiosiege (Obituary, Nails, Full of Hell) the nine track long album consist of 35 minutes of gritty, primal and utterly nasty death metal. “Haven of Lies” drags you down the deepest abyss of human depravity and assaults the listener with down-tuned guitars, grimy bass, cavernous drums, and rotten growls and shrieks. The lyrical theme throughout the record centers around human tendencies during times of crisis. It questions our ability to confront reality in order to cope with the harshness of the situation, thus creating a haven of lies.

This is raw unpolished death metal in the vein of Morbid Angel, Autopsy and Entombed.

Wayward Dawn is heading on a 20+ date tour with Terrorizer in April.

Check out the premiere of the music video for the “Apathy”, here: