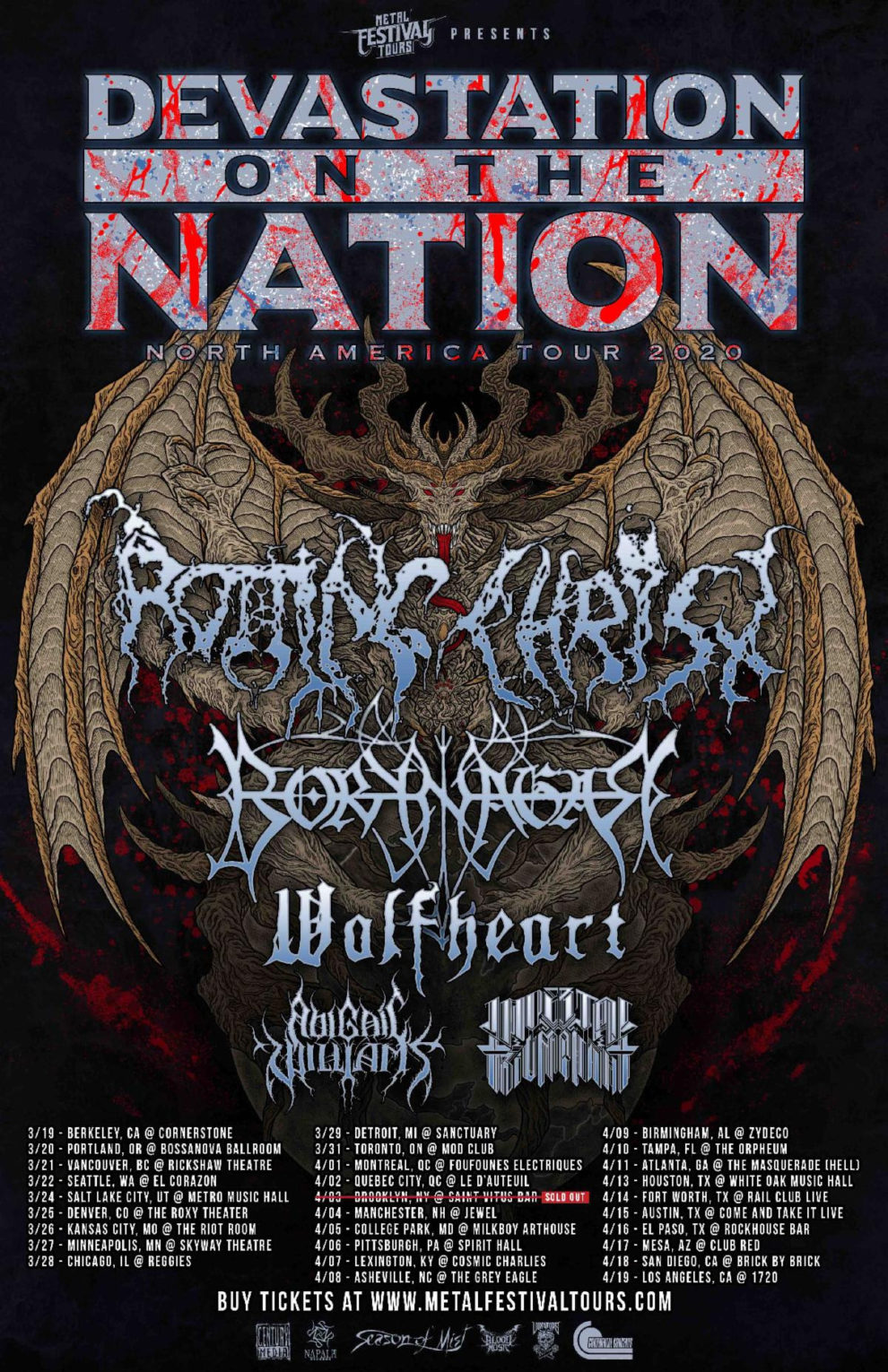 Since the release of their Napalm Records debut, “Constellation of the Black Light,” Finnish metallers Wolfheart have been going non-stop. The band has taken part in countless tours across the world, in addition to working on a new album. March 2020 will see the band returning to North America again as part of the “Devastation on the Nation” tour, featuring Rotting Christ, Borknagar, Abigail Williams and Imperial Triumphant.

The tour kicks off on March 19th in Berkeley, CA and runs through April 19th in Los Angeles, CA.

Tickets are on sale now at https://www.metalfestivaltours.com.

Statement of the Frontman Toumas Saukkonen about the upcoming new tour:

“What an awesome way to start the touring cycle of 2020. Legendary ”Dotn” tour with their mightiest package so far. Greek demigods, Norwegian kings and American majestic supports is a company for Finnish Wolves to be proud of. Also new material has been in the making for a while now and again the North American audience will be the first ones to hear new songs live.”

Wolfheart`s music embraces the sheer force and beauty of Finnish nature with fiery passion. The four piece from Lahti, Finland has labeled their epic and harsh sound as “Winter Metal”, which is indeed a thrilling score to nocturnal soul-searching in deep, snowy forests. “

Constellation Of The Black Light” proves to be uncompromising and dives headfirst into Black Metal, Nordic Death Metal, soaring melodies and complex arrangement.

Wolfheart’s succeeds in finding the right balance between Extreme Metal and a little Doom romance: a demanding work of art that is second to none.

”Devastation on the Nation” tour dates:

Nanowar Of Steel to release 7” song ”Valhalleluja”, releases teaser for it- featuring Angus McFife of Gloryhammer!
Nergal’s Me And That Man releases new music video for ”Run With The Devil”!