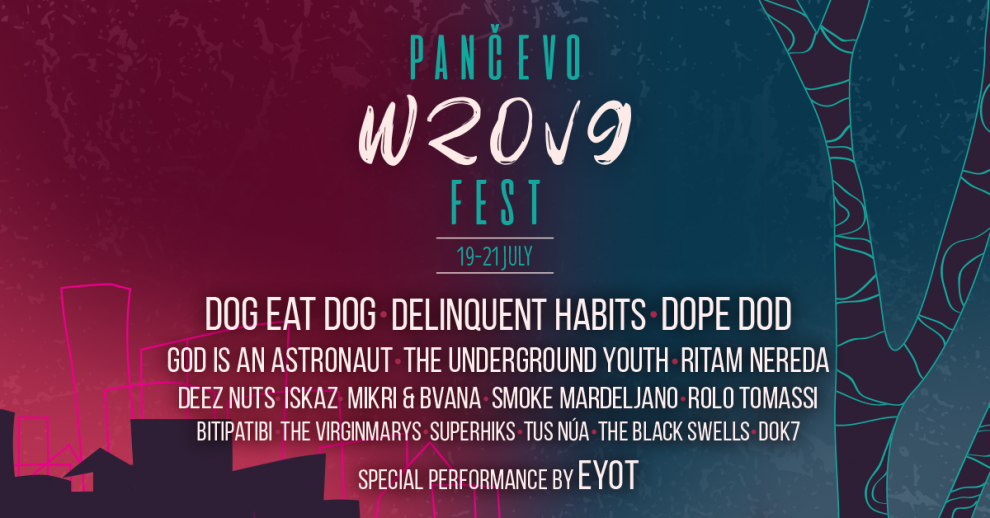 Wrong Fest will be held in Pancevo this July as a three-day festival, instead of two days as previously announced. Deez Nuts, Delinquent Habits, Superhiks, Bitipatibi and the Virginmarys have been added to a line-up. HED P.E. canceled their European tour and will not participate in the festival. There will be also special maps available for the event.

The Pančevo Wrong Fest will be held not only in July 19th and July 20th, but also the organizers added the third date July 21th, and also the festival will be held on three stages, as well.

The organizers are happy to announce that on festival will perform one of the largest Latino rap bands  Delinquent Habits, Australian hardcore giants Deez Nuts, Macedonian party team  Superhiks, the beautiful Bitipatibi and the British punk rockers  The Virginmarys.

Unfortunately, the organizers informed us that the entire European tour of the band HED P.E. was canceled, for personal reasons, and also they  will not perform at the festival.

Dope D.O.D. will perform on the Right Stage on July 19th, as well as Superhiks and Icise, while we will be on Wrong stage to watch The Underground Youth. On the July 20th at Dom omladine Pancevo at Right stage, will perform Dog Eat Dog, Deez Nuts, Ritam Nereda and Dok7, and at the Wrong stage will perform God Is An Astronaut.

On July 21st, the Right Stage headliners will be Delinquent habits, while the warm up acts will be Smoke Mardeljano, rapper Bvana & amp, Mikri.

On Sunday, a special event of the festival will be held by the Serbian jazz genius Eyo and they  will perform on an exclusively designed stage in the courtyard of the National Museum of Pancevo.

The festival will be held on three stages. One of them is the Right Stage the open air stage that will be located in the courtyard of the Dom Omladine Pančevo, and it has been selected by the organizer because of its location in the center of the city, because of the  beautiful urban architecture that is around it, and the works of local artists who adorn the walls of the Home. The Wrong Stage, which will be located next to the colorful Tamiš  is a stage at which musical performances will last until late in the night. The organizers will transform the look of the place around the river Tamis into something magical, and psychedelic. 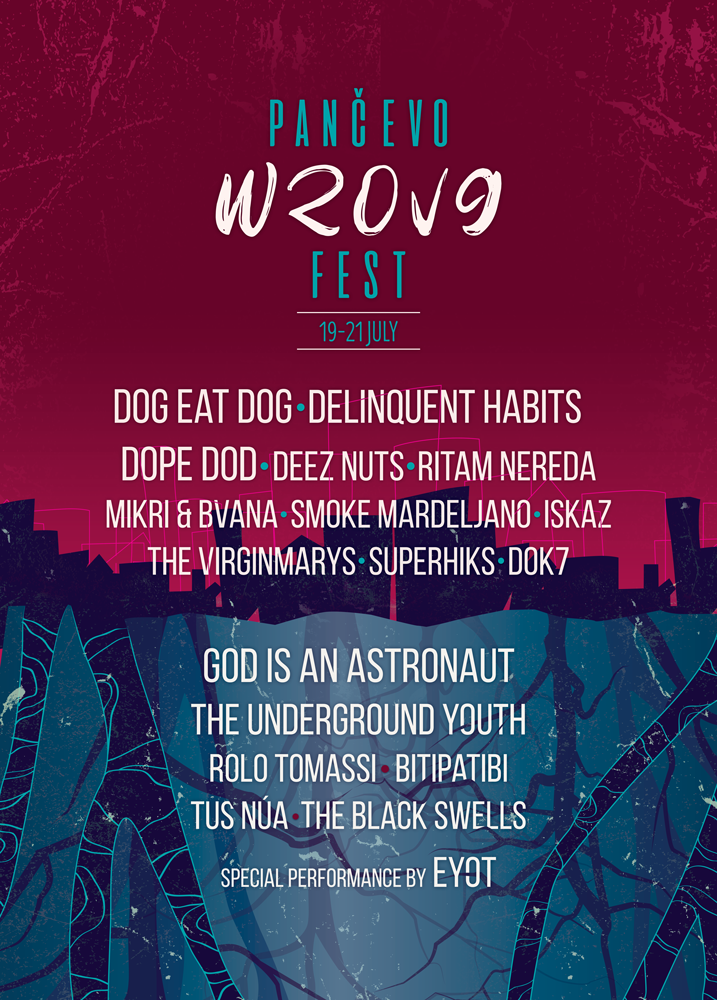 The museum stage, that is a special stage, will be located in the courtyard of the National Museum at Pancevo. The scene is specially built and influenced by the music and art of the jazz band Eyot, which will feature at the special festival event. The courtyard of the museum will be transformed to make the audience experience inspiring. For this event it will be required to have special maps.

Tickets for the entire festival are at a price of 2800 dinars, as well as one-day tickets which
that cost  1200 dinars. The tickets can be ordered bought HERE, also it can be bought Gigstix venues as well.

Wrong Fest reveals the official schedule for the festival, the details for the free camp spaces, and parking zones during festival days, announces the performance of the band Onyx!
1349 release new song “Through Eyes of Stone”!