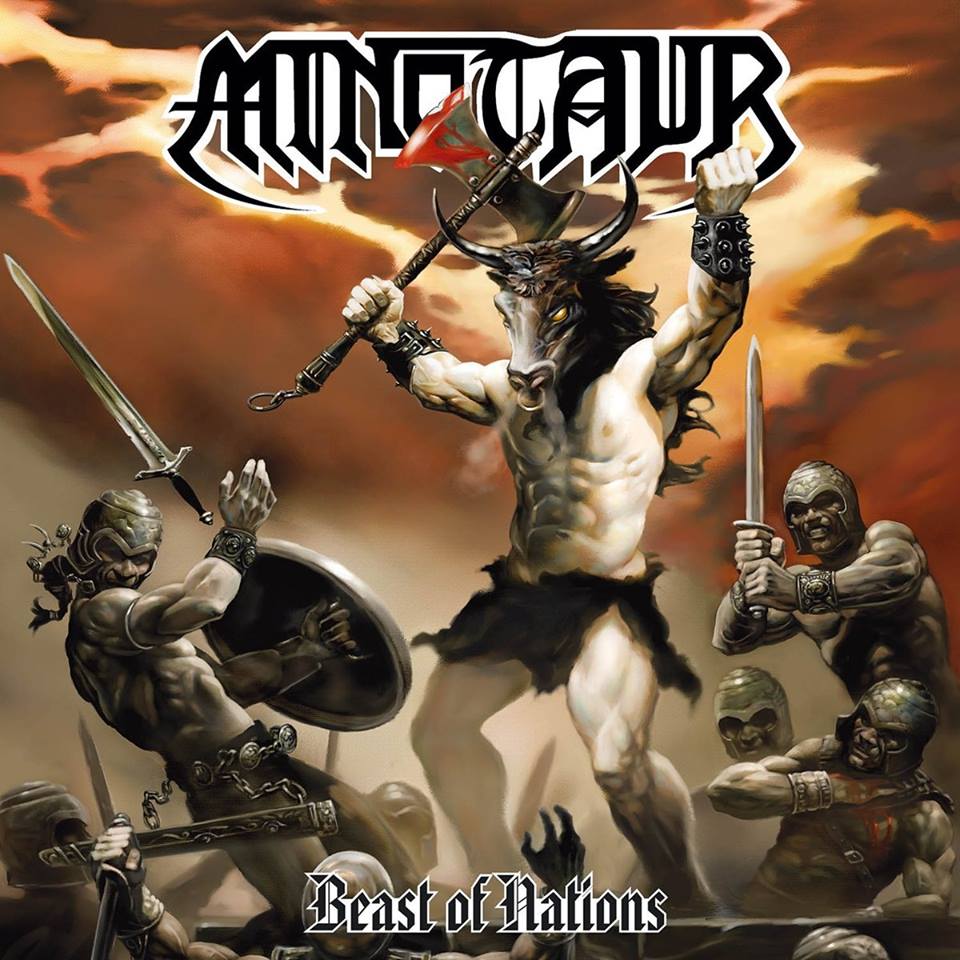 German underground teutonic thrash legends Minotaur are back with a new studio effort. This release gave us a pure old school devastation with same old no-bullshit attitude as before, which is one of the virtues of these legends.

This is one of the bands that stayed true to their roots and themselves after all these years, and that`s almost a rarity today in 2016. What we have here are four songs based on punk and early speed metal influences with characteristic riffs that are heartwarming for every old school thrash headbanger.

Influences from Metallica`s seminal debut Kill `em all are highly recognizable, but in this case it`s not a bad thing at all, because those influences are just a references and some kind of tribute to their idols and pioneers of this genre, not a impudent copy or plagiarism.

Andi Richwien`s Petrozza-like screaming voice is strong and convincing as before, and it remained maybe my favorite thing about this legendary band. Production is done by old school standards, and it can only be a great thing.

This music deserve that natural organic sound and it has to be raw, because this is an old school band. It`s nothing spectacular about this production, but it suits these songs perfectly, which is really important. Only bad thing about this release are arrangements, but honestly, they were never a bright spot of this band. Anyway, if you are a hungry old school thrash banger, this release is for you.