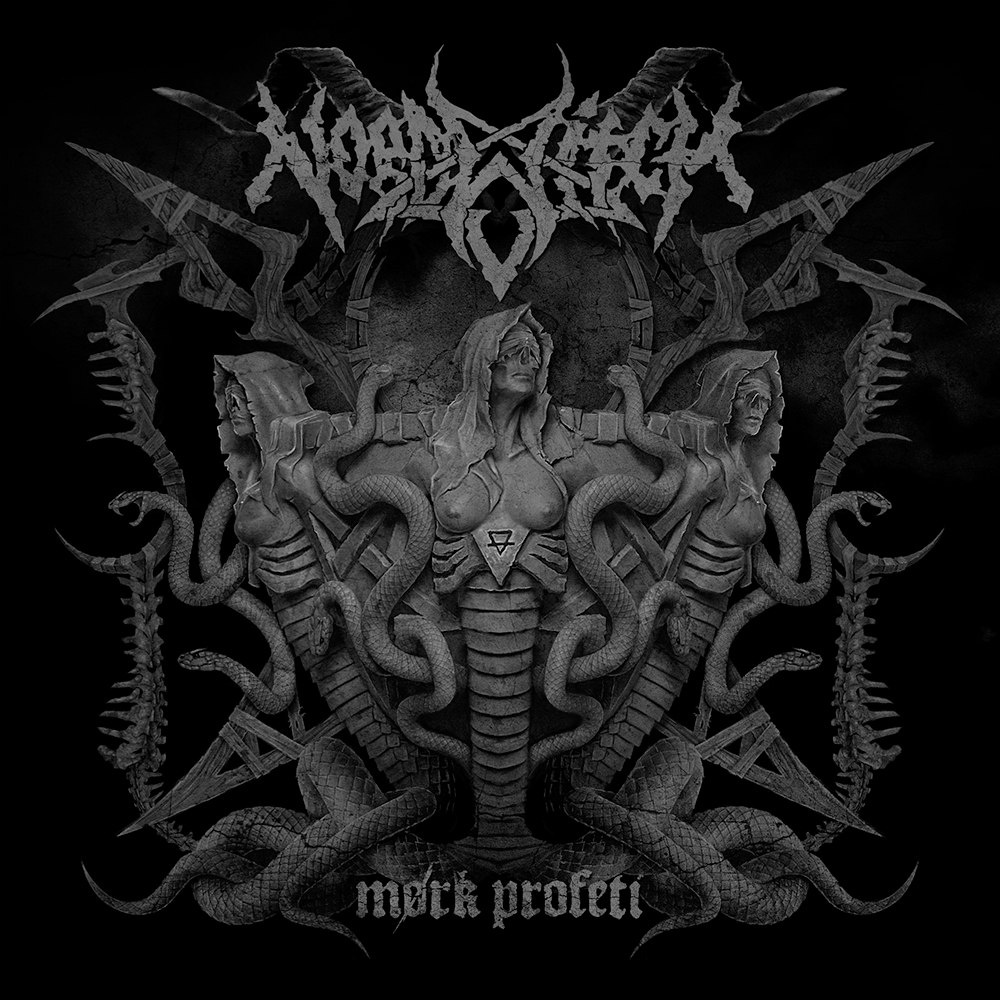 Ukranian/Hungarian blackened death metal band Nordwitch released there first release. I can say that this album has many influences as well as some tempo to it, with the melodies and solos, it is not typical blackened death metal album, it is something different.Heavy,melodic death  and thrash metal are those influences on the album combined with black metal and brutal  death metal, creating some very interesting extreme metal fusion, that in some songs is not done very well, but in the rest of the songs on the album is perfect.

With tehnical balance and compliance there are some problems with melodic parts on the album, but in some other moments on the album is just great, acoutic is solid, production can be better.

The vocals of the singer Masha are brutal as fuck, she delivers that raw, evil blackened death metal vocal, which is the most times death metal vocal, pure badass growl, which made the atmosphere on the album better. So the album is about darkeness, paganism, destruction and chaos, in each song this things were very well delivered. The crushing powerful solos will for sure be mindblowing for someone that will listen to this album.

Nordwitch has delivered as a band very solid and powerful album, with some melodic darkness ready to take over everything good in the word. Unigue atmosphere and combination of genres is the trademark of the album.