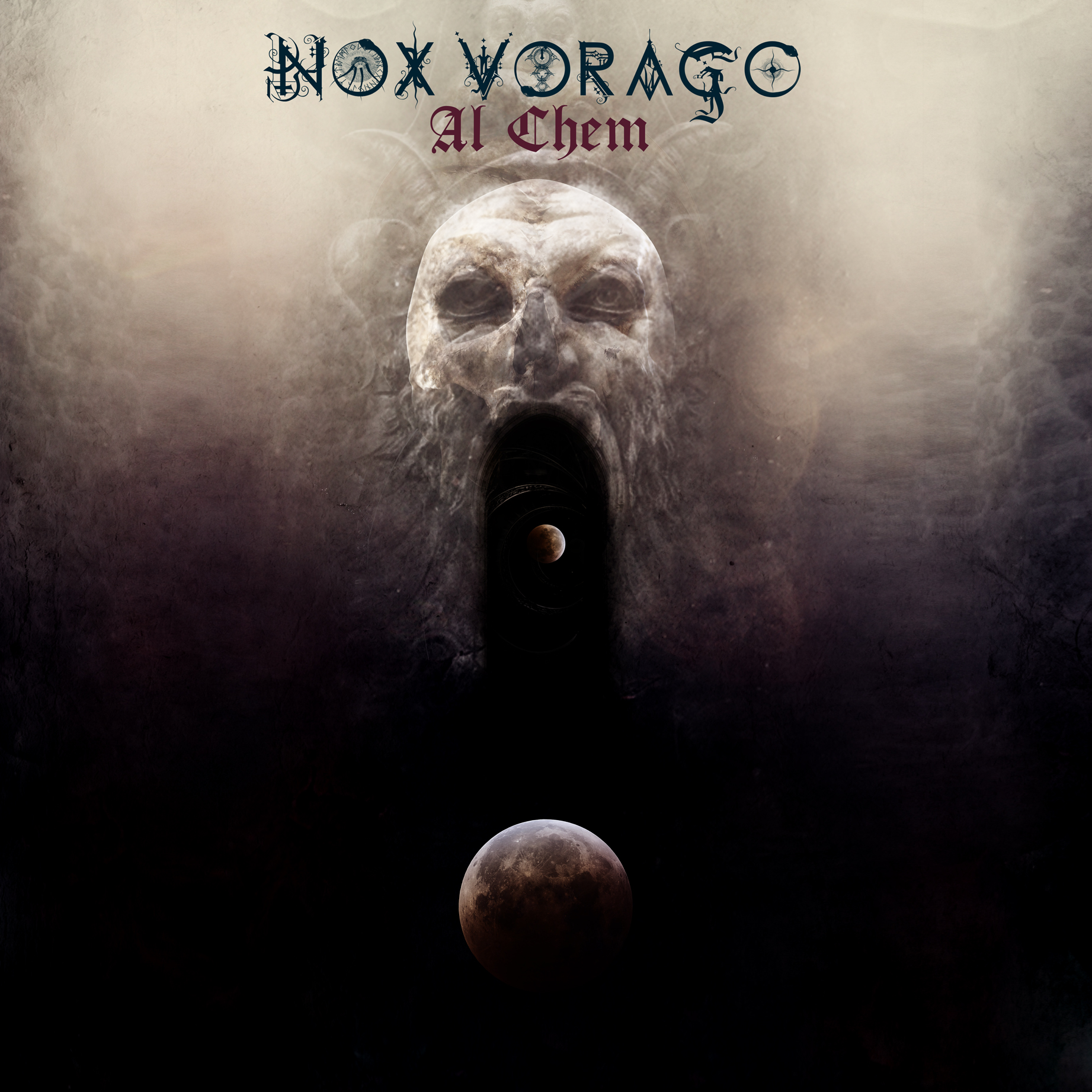 Swedish Atmospheric Blackened death metal Nox Vorago released the album in February 26th 2017. One thing I can say, about this release is, that is has some unusual crazy vibe to it, inspiration for the music is just great, so this is some awesome evil metal album.

The influences of melodic, symphonic and atmospheric music made this album sinister and powerful, all of this made the songs very intensive, interesting, and dramatic. Blackened death metal part of music, has that magical hypnotic effect, that will totally take over the mind of the listener.

Vocalist J.N Ûduun is amazing, his vocals remained me of Nergal the vocalist of Legendary Polish Blackened death metal band Behemoth, which is such a awesome thing, it gives this album, a new impact on the atmosphere.

Raw brutal vocals, demonstrated the power that vocals, can brought out in every way, also it is very import thing to the whole process of creating a good album. His high scream vocal is unique as well, as the raw deep vocal, it shows’ that he brought out the best of himself, and gave this album his charm.

Powerful crushing riffs with atmospheric melodic symphonic music, will for sure show you some amazing technical skills, combined with some dark melodic music, it’s a masterpiece of destruction, production is so good ,that you can here every tone and melody in a right moment in each song.

This hole album sounds like a theater performance, each song has a part in a performance. Acoustics had improved this kind of enjoyment in a right way.

There are in some moment’s on the album that have a generic sound, that is maybe a bad thing, but it’s not a big deal, because the hole album is such a unique brutal piece of art.

Nox Vorago is a band, that you can need to listen a few times, just to understand a complete concept of their work, once you understand it, you must love it, it’s something that can not be said by words, it can only be felt. With this amazing approach to metal music, this band is going to be a force of evil, that must not be played with.

4.The Hissing Sound of Ouroboros

5.Daughters of the Sun

7.At the Feet of Ereshkigal