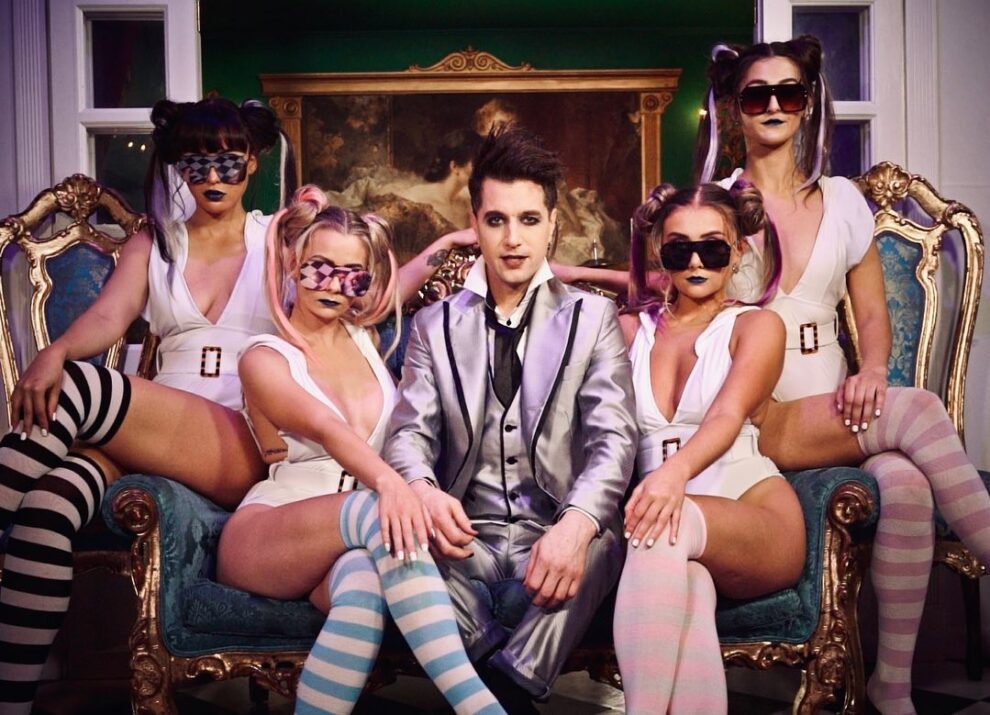 Makes My Blood Dance is a American/Brooklyn rock lords, that deliver quite unique approach to rock music. Their music style goes from metal, rock, disco – some gothic influences and even punk ones too. And they did a fantastic job, mixing this styles of music – into one creative, versatile – also smooth, high quality rock breaker. It is dynamic song from the start, till the very end. Cleverly arranged with  whole dynamic atmosphere – to every detail and passage of the song. Coordinated riffs, drum set, vocals, melodies (that are catchy  are smoothly arranged as well – with precise coordination, that points out all of the best trades of the song and great experience of the band – in creating composition that has flawless structure to it, followed by unreal synchronization and balance to their music. 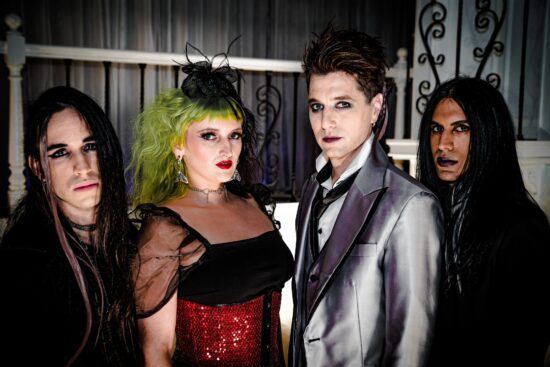 Production part of the song, helped a lot in presenting the uniqueness of the song – pointing out at the same time, this special rock vibe. That completely shows the domination of band’s balanced approach for this song and strong rock structure. And the song itself has this party vibe to it, too. That gives this song, one more interesting component – that goes with the whole aspect of the song, so perfectly – creating this fusion of party rock effect – that no one can stay immune to.

The most amazing thing about this song are the influences and then the passages, that are presented in such masterful way. There are two best passages in the song, they are of course metal passage with some guitar shredding passage- that sifted from the catchy and melodic rock riffs, that are present through-out entire song. These are the highlights of the song, an explosion of fierce energy and furious vibe from the song.  And also this modern melodic rock riff has this catchy vibe, that presents the song’s fierce rock n’ roll side. This will be a good experience for every listeners, that will listen to this song.

Then there are vocals by Evan Russell Saffer. This guy has this awesome voice – that has this smoothness and catchiness, that completely presents what one rock Vocalist needs to be. He’s vocals are adapted to the song in best way. Every arrangement for his vocals passages, followed by vocal adaptation are done skillfully – like the rest of this rock banger. Evan showed his great vocal skills and capabilities in song, by switching from higher vocal ranges to deeper/lower – presenting the whole rock vibe of song in outstanding way. This for sure, added more quality to the song – more rock n’ roll uniqueness. And he’s vocals reminds of a mix of Marilyn Manson and Alice Cooper. These vocals are so specific. They give a most authentic note to the song, as well as something that the listeners will like very much. I know I did, also was quite surprise by the quality of his vocals and how it sounds so similar to this two masters of rock.

It is also a great thing, how the guys from the band – actually incorporated all of the influences in the song. They just slide into another perfectly, since it is well known – that some of the influences can’t go together or be mixed ever. This band show it can. And it sounds refreshing, unusually good – presenting all of the best trades of the influences, but giving the power and quality to the main one. That is the rock one, creating a whole spectrum of undisputed rock.

For me, I like how all of the aspects of the song – are blended in greatly, into whole. How the guys from the band are organized and precise in their work. And the best part is some serious rock shredding followed by the highlights of the song. I felt like I am listening to some world class rock act  or  something from the best era of MTV. Since the song, has it all – the authenticity, modern rock smoothness,  successfully fused influences, that turned out to sounds so good and innovative for rock music.  The pop element, added this amazing effect on the whole song – showing the amusing segment of the song in best way.

Then there is a great story too, about the song. The lyrics are greatly fused – with the aural parts of the song. It is just phenomenal how the band, completely presented the spirit of the story, to be alive as it is. To be presented by sound, presenting dynamics and toughness of it. Like a non stopping ride, like the story itself is. The story is about living life – with full lungs. Having fun, partying – rocking the world out. About relationship between two people – that is not serious, but in all of the partying chaos, it somehow resembles that it is. And unfortunately there is always the one, that suffers and the one who doesn’t. It is also about twisted love game, where one of them always looses, but there are close to one another.  Like one of the lyrics say, ”together apart like lighting and thunder”, presents this wicked and twisted bond – that is unbreakable, between two people. This is what band showed, typical rock song about having good time and love, also high sexual attention. This guys surely presented the spirit of the story – that is wrapped in most authentic sounds of rock.

Music video itself is dynamic too, adapted greatly to the whole song – in visual way. It looks like it is something from MTV – from the best era of music videos, as well. Very creative and innovating. It can be seen that a lot of effort has been put to it. This is also, one more great thing about this guys and their creativity level, that is high.

It is a banger of rock smoothness. That delivers rock groove on a higher level. Inspiring and fierce in it’s core and whole structure. This is just a special rock experience – that has all of the trades that one awesome rock song needs to have.

Rock n roll fearlessness on a total new way. That bangs hard, that rolls and rock’s in every way. It is a ride through – strong essence of rock and it’s best sides.

Check out the music video for ”Together Apart”, below: