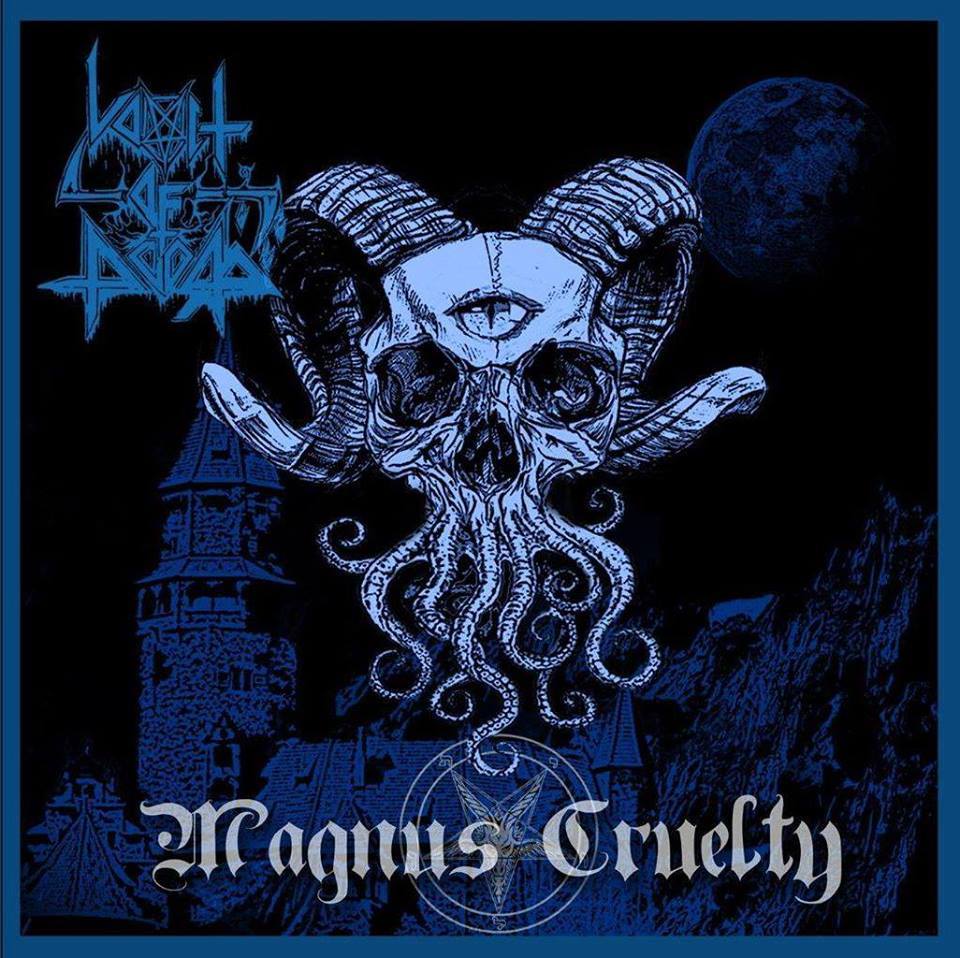 Argentinian black/thrash monster is here with a new studio effort. This EP contains 9 blackened anthems which are striking direct at all senses. When you see the artwork of the CD, you instantly get the idea what do you have in front of you.

Everything is done by black/thrash tradition and standards. This is an EP, but it has intro, interlude and outro, which gives us a feeling that we`re listening a full length album. Songs are short and direct, and that is the best thing about this release.

There is that perfect balance, that many bands from this genre are lacking. Production is raw and dirty, just like in the 80s. To me, it sounds similar to Mayhem`s Deathcrush.

It has a really clear Possessed, early Bathory and early Mayhem influences, but in a great way. Songs are a little bit generic, but it still sounds good and interesting enough for the fans of aforementioned bands. Only not so good thing about this release is that songs are almost the same.

There aren`t many changes in tempo and atmosphere, and that`s why sometimes it sounds flat and uninspired. This EP is for the people who like simple music without compromise.